If you are not familiar with this wonderful project that was created by Julie Goucher of the Angler's Rest blog, please refer to this link:  http://www.anglers-rest.net/book-of-me-written-by-you.html

This week's prompt is - Regrets

I am not much for regrets but there is one thing I do regret that that has been on my mind since my childhood. The summer before I turned 10 years old, my family moved from Cambria Heights, Queens, NY to Lake Ronkonkoma out on Long Island. I don't regret the move at all. It was probably the best decision my mom and dad made regarding giving their kids a better education and also an opportunity to have a "real childhood." We moved to a place where we didn't have to have bars on the windows, I could ride my bike freely around the neighborhood and my mom wouldn't have to be panicked about who might steal my bike or who would try and run me over. The move was definitely, a good thing ... a real good thing. The thing I have regretted all these years was not telling a neighborhood friend that I was moving.

I don't remember her last name but I do remember her first name was Nicole. She lived in a house towards one of the ends of the block. Oh hey, this is where Google Maps comes in handy.

Image courtesy of Google Images.
Picture of what I think was Nicole's house.

I think this was the house she lived in. I remember I would hang out at her house and play sometimes. We played with dolls and she even had a Holly Hobbie Oven where you could bake little cakes in it that I absolutely fell in love with. She was a really sweet girl. I just didn't know how to tell her I was moving. I didn't want her to be sad and I didn't want to be sad and the thought of telling her just seemed too overwhelming at the time. 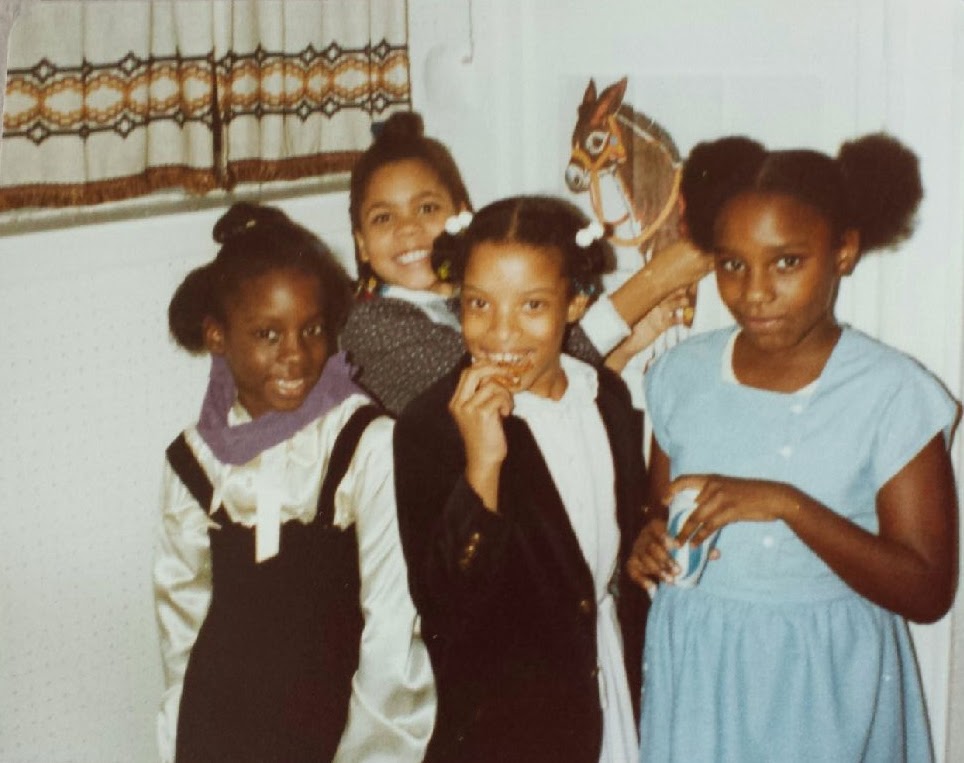 Picture from my 9th birthday party.
From left to right --My school friend Imani, me in the back, my cousin Nicole, and my friend Nicole who I didn't tell I was moving.

I regret eating that extra piece of blueberry pie after dinner tonight. It was just so tasty though.

I think in general, I regret not asking my grandparents more about what it was like when they were growing up. So many stories lost. (Sigh.) Perhaps they will visit me in my sleep and help me break through my genealogy brick walls.
The Book Of Me