Yes, there's another Samuel Whitney in my family tree. Well actually he was a Samuel David Whitney and he was the brother of my maternal great grandmother, Carrie Whitney Harrison. Named after his father, he was born November 3, 1885 to his namesake and Sarah Jane Harris Whitney in New Bern, NC. He grew up alongside my great grandmother at 10 Brown's Alley in the city.

I know that he was often referred to as David. This was probably to differentiate himself from his father since they resided under the same roof. The family oral history is that David's father Samuel Whitney worked as a drayman and delivered fish into the city of New Bern. This makes me think that this newspaper article I came across may be in fact be about my Samuel David Whitney. I don't have a picture of him but I do know from his World War I draft registration card that he was of medium height and build, with brown eyes and black hair.  I have one picture of my great grandmother Carrie Whitney Harrison. I wonder if he resembled her in any way. 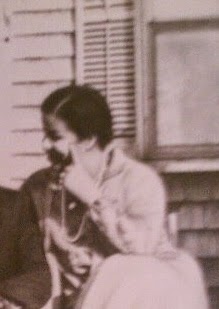 In 1910, he was still residing at home with his parents and siblings.

He was single and his occupation was listed as a laborer in the "Guano" industry. This make me think he was probably working in a fertilizer plant. It looks like he was still working in the same industry in 1918. 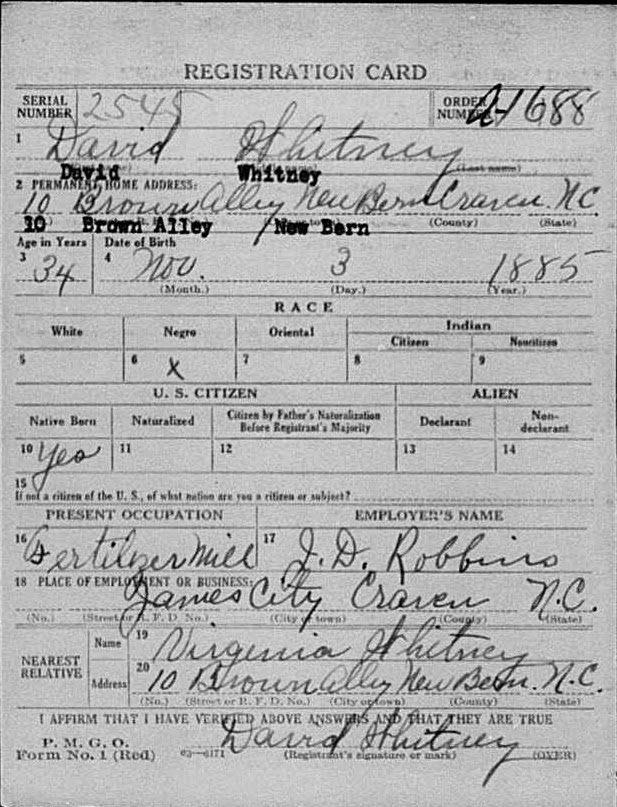 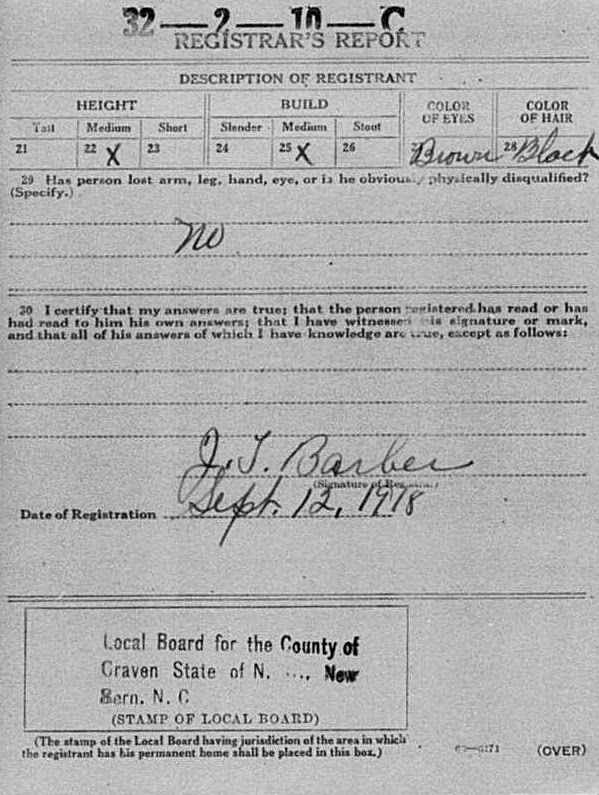 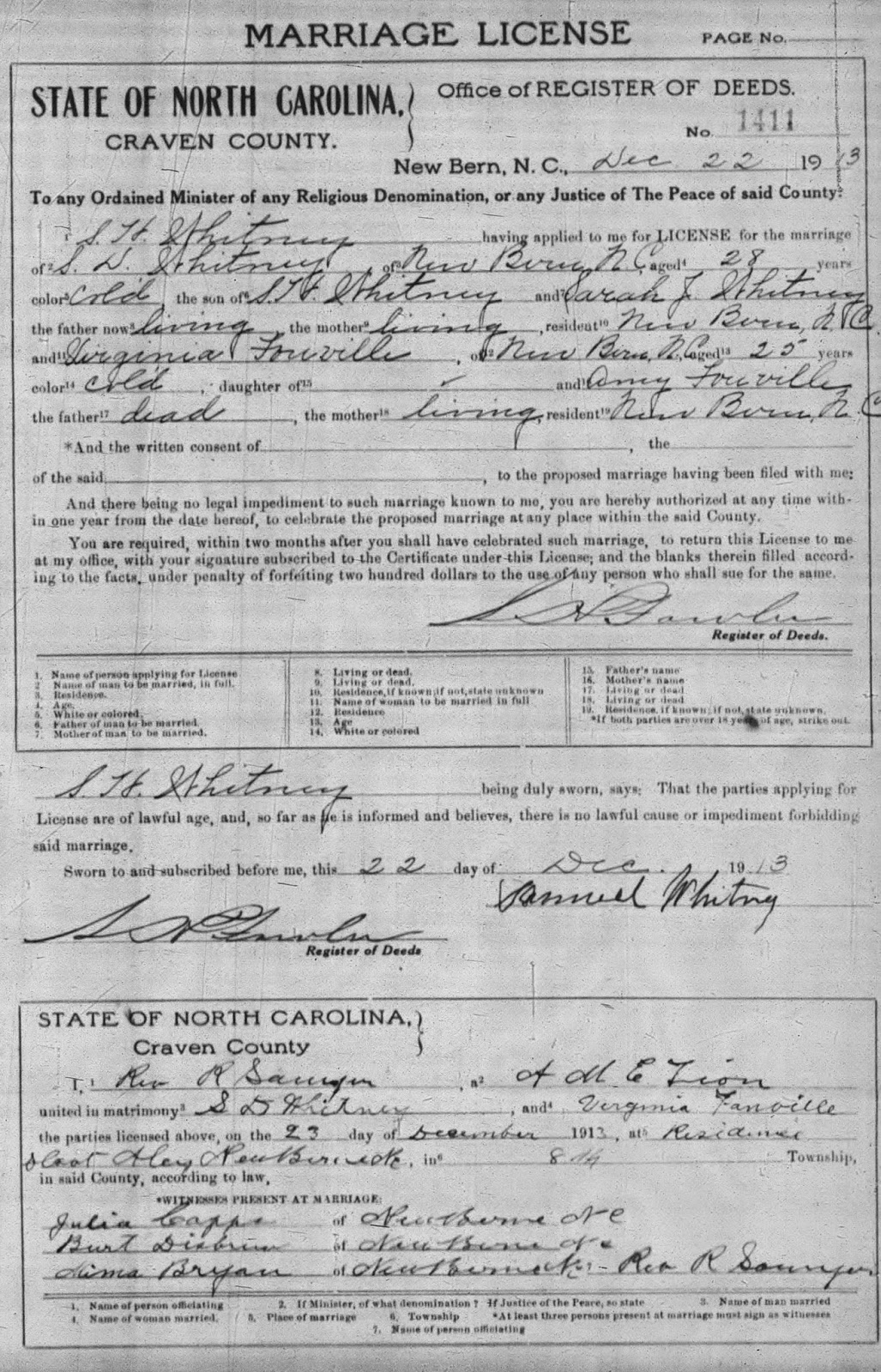 
As far as I've been able to tell no children arose from this marriage. Sadly, Virginia Whitney died on October 21, 1930 from vascular heart disease.

Samuel married Madie Stancil at some point after his first wife's death. Here they are listed in the 1937 Baldwin's New Bern North Carolina City Directory. 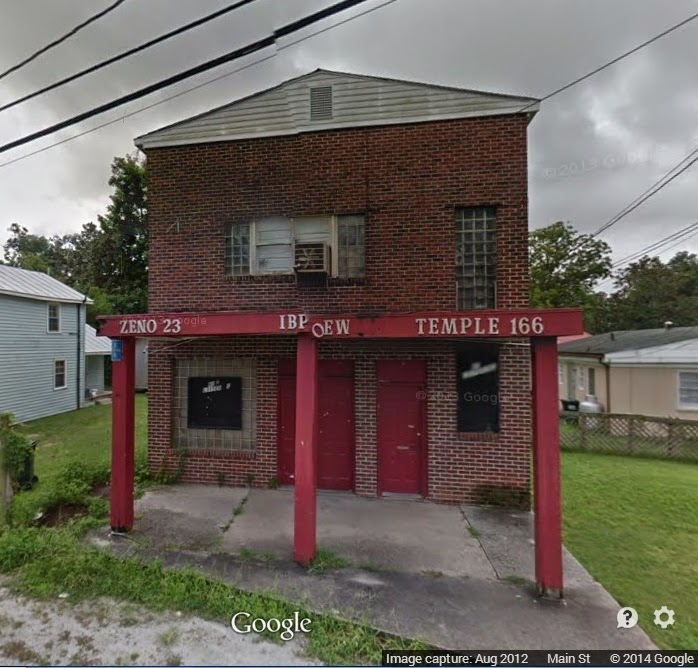 During that year, he was worked as a janitor at the Zeno Lodge No. 23 IBPOE in New Bern. The building still stands at 921 Main St.

On August 1, 1939, my great grandmother and Samuel David's younger sister, Carrie Whitney Harrison died. While she was alive, she lived right next door to her older brother. His sister Amey Whitney Brown died in 1913, his father and mother died in 1916 and 1937 respectively. I think with my great grandmother's death in 1939, the losses in his life started to take their toll on him.

By 1940, David Whitney had switched occupations and was working as a carpenter in house construction.  His wife Madie was working as a housekeeper. Things seemed to be fine until tragedy struck again. Madie Whitney died on December 3, 1945 from acute Myocarditis.

Samuel David Whitney died from cirrhosis of the liver on March 12, 1957. He's buried at Greenwood Cemetery in New Bern, NC.