The Book Of Me: Prompt 35 --Aunts and Uncles

June 07, 2014
If you are not familiar with this wonderful project that was created by Julie Goucher of the Angler's Rest blog, please refer to this link: http://www.anglers-rest.net/book-of-me-written-by-you.html.
This week's prompt is - Aunts and Uncles

Did you have Aunts and Uncles?

Yes and gosh do I miss the ones that have passed on. My childhood was filled with the joy of having extended family living nearby. Now I did not have many aunts and uncles. My father's parents had two children, my dad and my wonderful aunt Janice 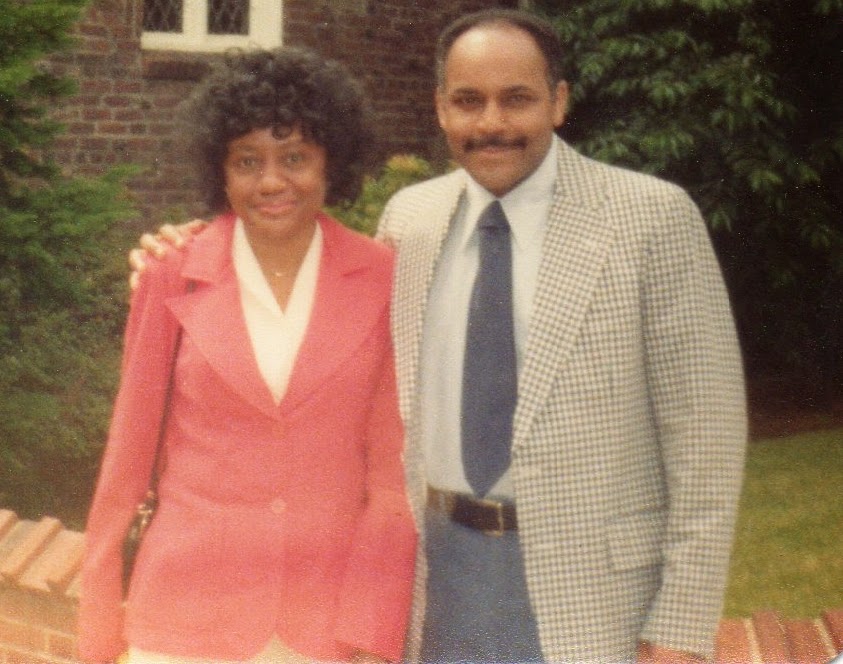 My aunt Janice and my dad.

Janice Murrell was a delightful woman. She was smart and funny. She loved to laugh. The sound of her laugh is one of those things I really miss. I wrote about her before on this blog on my post, Remembering My Special Aunt --Janice Murrell.

While my mother's parents were married, they had two children, my mom and her younger brother Richard.

I have always referred to my mother's brother as "Uncle Ricky." My maternal grandmother owned a three family house in Springfield Gardens NY, where she lived on the 1st floor and my uncle lived upstairs. Visiting grandma's house was great because it was a two for one visit. We'd visit with grandma and if my uncle was home from work he would come down and visit and tell us about the goings on in his life. 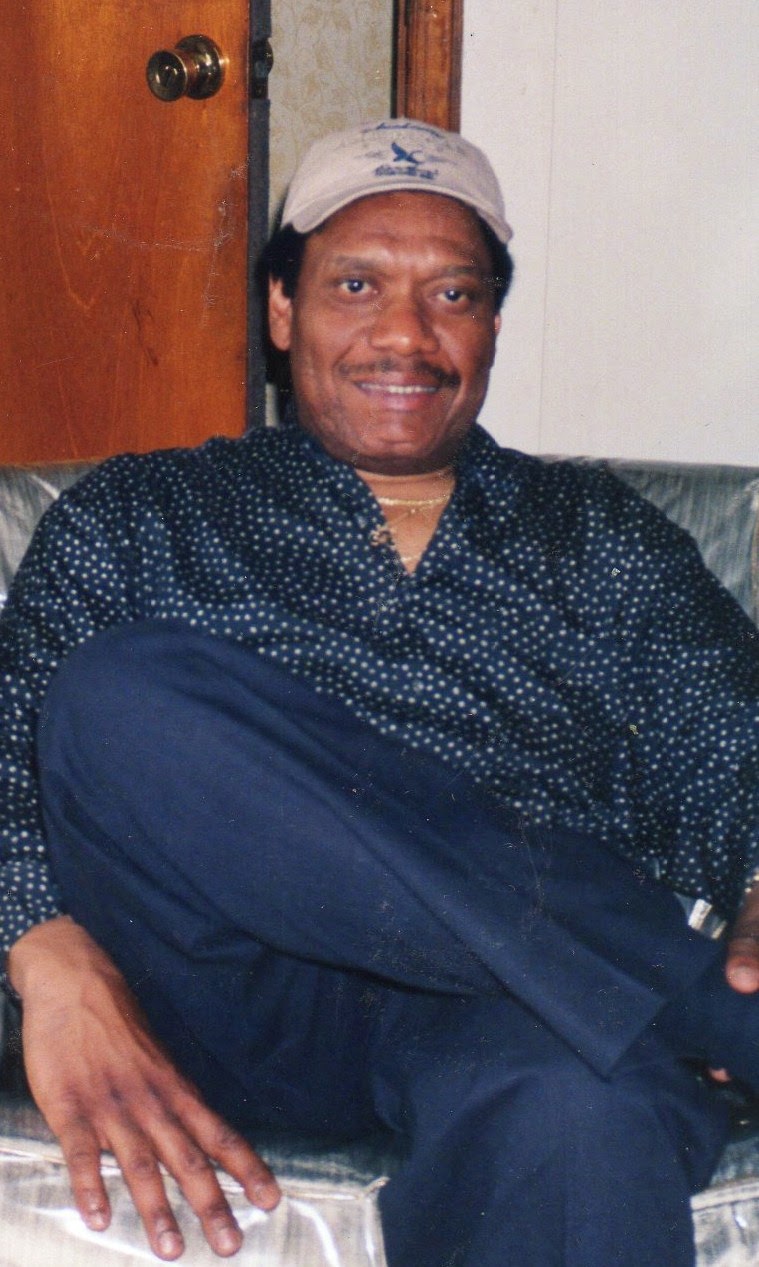 My maternal grandparents, divorced and each went on to marry again. My grandfather Lemuel Harrison married a Vadnie Randolph Sutton and had three more children with her. My uncles Bobby and Vincent and my aunt Wanda are a lot closer in age to my brother and I. In fact my aunt Wanda is only 7 months older than my older brother.  I still get a kick out of calling her "auntie."

From left to right:  My aunt Wanda, cousin Audrey, me, and my brother. Picture was taken at my 3rd birthday party. 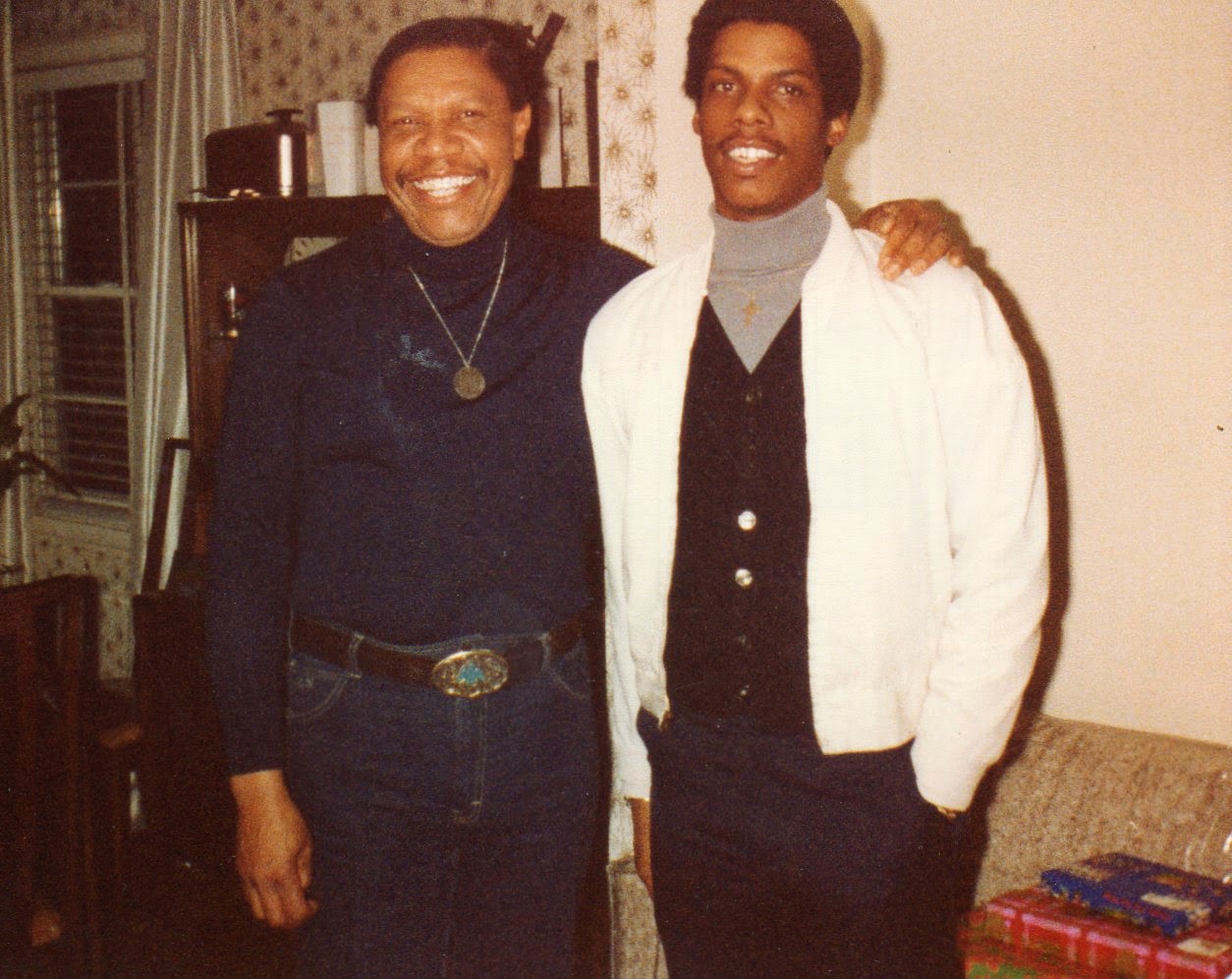 My grandpa Lemuel Harrison and my uncle Bobby 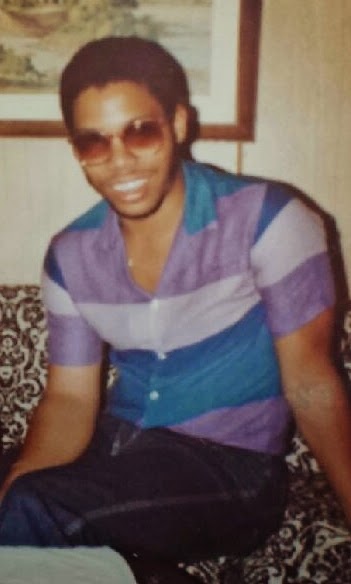 By the time I came along my uncles Vincent and Bobby were grown and just about out of my grandfather's house. I remember when my family would visit my grandpa, I would sneak a peak in what was their bedroom. If I recall correctly, there were two single beds in there and I think at one point there was a Jackson Five poster on the wall. I was little so didn't quite understand that they were "grown" and that's why they weren't at the house much.

Did you know any of your Great Aunts and Uncles?

Did I ever!  I grew up knowing my maternal grandmother's sisters very well.

Aunt Rosa was a sweetheart. Don't get me wrong if you were on her wrong side...you knew it for sure. She didn't take any mess. If perhaps you didn't know her you may have perceived her as being a bit sharp. She didn't pull any punches. She would tell you to your face how she felt about you or your situation. She did not have time for any BS. What was great about her though is she would say something that may have been a bit harsh or direct and then she would follow it up with a gleam in her eyes or a little sideways cackle to soften the the blow. She would let you know if she was messing with you. She along with my Uncle Nat, baby sat for me before I reached school age, so I was able to really get know them. She could COOOOKKK!!! People were still talking about her chocolate cake at her funeral. You name it, she could cook it. I was so spoiled from her cooking when she baby sat me. My mom would drop me off in the morning as she was heading off to work. Aunt Rosa would ask me,"What would you like for breakfast?" and she would quickly whip together my request. I remember one time she made me hush puppies and fish. She enjoyed watching people eat her cooking.

I do believe that opposites attract because aunt Rosa's husband, uncle Nat, is so sweet. As I mentioned before, Nat and Rosa took care of me during the day while my parents worked up until I started school. I have many fond memories of riding out to the A&S department store that once stood in Hempstead, Long Island. Uncle Nat would drive and he would be listening to his songs from yesteryear and sometimes singing along. 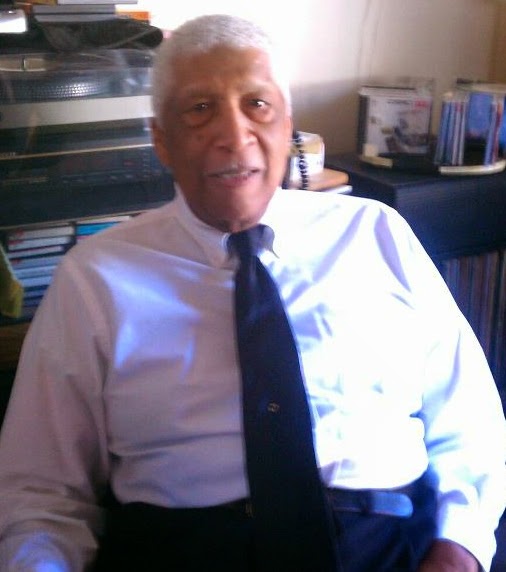 Next, you had my aunt Eloise. Aunt Eloise didn't pull any punches either. She was very strict and not afraid to dish out discipline. She had a loving side but she had also a bit of a wicked side. I would see her less often than my Aunt Rosa but still enough where I had a good sense of who she was. On the occasions she watched me, while my parents would be doing something, I knew to tread lightly and to pick up quickly after myself. Everything was neat and tidy in her house. You didn't mess with the woman's dish water either. Oh Lord! That would be a No-no. She was frugal in her ways. Dish soap would be set up at the beginning of the day in a basin she had in the sink. That dishwater would be used throughout the day to take care of dishes. Dip dish in suds, scrub and then rinse on the other side of the sink. That was how it was done. I remember on one occasion, I was playing with a toy tea service on the living room floor and I think I had some sunflower seeds that I was going to snack on but I started to use them as if they were the tea. I would pour from one cup to another, until I accidentally spilled some on her carpet. Yes, it was her carpet. She made that point clear for sure. Anyway, I think she was straightening up in the kitchen when the spill occurred. When she came back into the room and saw those seeds on the floor, she came over to me in and said, "When I come back in this room those seeds best be picked up or you see that dog out back?" (She had a German Shepherd.) I responded meekly, "Uh--yes." "You just might be fed to that dog." You know those seeds were picked up mighty quick! LOL. Aunt Eloise, didn't mess around. No sir.
Just as quick as she could be a bit harsh, she could be gentle and provide great advice. My fondest memory of her was at my paternal grandmother's funeral. My father's mother, Ethel Murrell, passed away in her sleep on July 4, 1996. At the time, my Aunt Eloise was living in Morehead City, NC so I wasn't anticipating she would be making the trip to New York for the funeral. What a surprise it was to see her, my grandmother Mary and aunt Rosa sitting together just inside the entryway of the church on the morning of the funeral. Although I was grieving the loss of my grandma Ethel, just seeing the three of them together, talking and catching up with one another...let's just say it's something I will never forget. At one point, my Aunt Eloise made a joke about something that made everyone within earshot giggle. It caught me by surprise and I laughed out loud suddenly and then quickly I felt bad because we were at a somber event. The expression on my face must have reflected this because my aunt Eloise quickly said to me, "It's okay baby. Your grandmother was a good woman and she is now at rest. Life goes on. Sometimes its laughter and tears all mixed together."

From talking with my mother, I have gathered that my aunt Loris was probably the person I would have learned the most family history from regarding the Bryant family line. Sadly she passed away in 1987, long before I caught the genealogy bug. She lived in Mt Airy, NC and would come to NY and stay with my aunt Rosa for several weeks usually in the summer. My childhood impression of her was that she had a good sense of humor and she had a bit more sugar in her personality than Eloise or Rosa. Speaking of sugar, she would always ask me to give her some in the form of a big hug and kiss when I did get to see her. I looked forward to her arrival because she would make apple jelly back home and would bring some to give as gifts.  I think she made sweet pickles too or maybe that was aunt Rosa. See, the memories start to blur and fade already. Good thing I am starting to write this stuff down.