I found myself looking up the meaning of my 3rd great grandfather's first name the other night. His name was Bristow Harris and he was the father of Hester Harris Pierce, my 2nd great grand aunt. I think the meaning of his name has some significance considering some recent finds I've made in my research. Here's a definition of the name Bristow, I found on a website called ThinkBabyNames.com.

Bristow \b-ris-tow, br(i)-stow\ as a boy's name has the meaning "meeting place by the bridge" and is a variant of Bristol (Old English), place name: an ancient and important city in England, with one of the most important ports on the west coast.

Now why might I bring this up as I start to talk about Hester Harris?  Bristow Harris I consider to be the bridge linking me to kin who settled in Massachussetts. Hester Harris was the daughter of Bristow Harris and Rose Anderson of Wilmington, NC. You can read more about my 3rd great grandfather, Bristow, here.

Hester Harris was born based on information found on the 1900 Federal Census, sometime around May 1870.  She made the move to Massachussetts sometime prior to 1892. That's the year she wed her husband William T Pierce in the city of Boston.


Although it shows her birthplace listed as" Newberne," I believe in actuality that it was Wilmington, NC.  The reference to New Bern was most like due to her father who resided in that city for a period of time.

The 1900 Federal Census gave clues regarding the economic status of the Pierce family.


They owned their own home at 11 Clarendon Ave. Cool! Then check out the occupation there on William. He was an engineer. This family was educated! These folks were taking care of business.

Hester Harris and William T Pierce had at least 11 children together. One of their children I have not been able to find a record for other than the notation on the 1900 Federal census where it showed Hester was the mother of 6 with 3 surviving children.  My guess is that the child probably died shortly after birth.

In 1907, the family was still residing at 11 Clarendon Ave, in Cambridge, MA when sadly, Hester Pierce passed away. 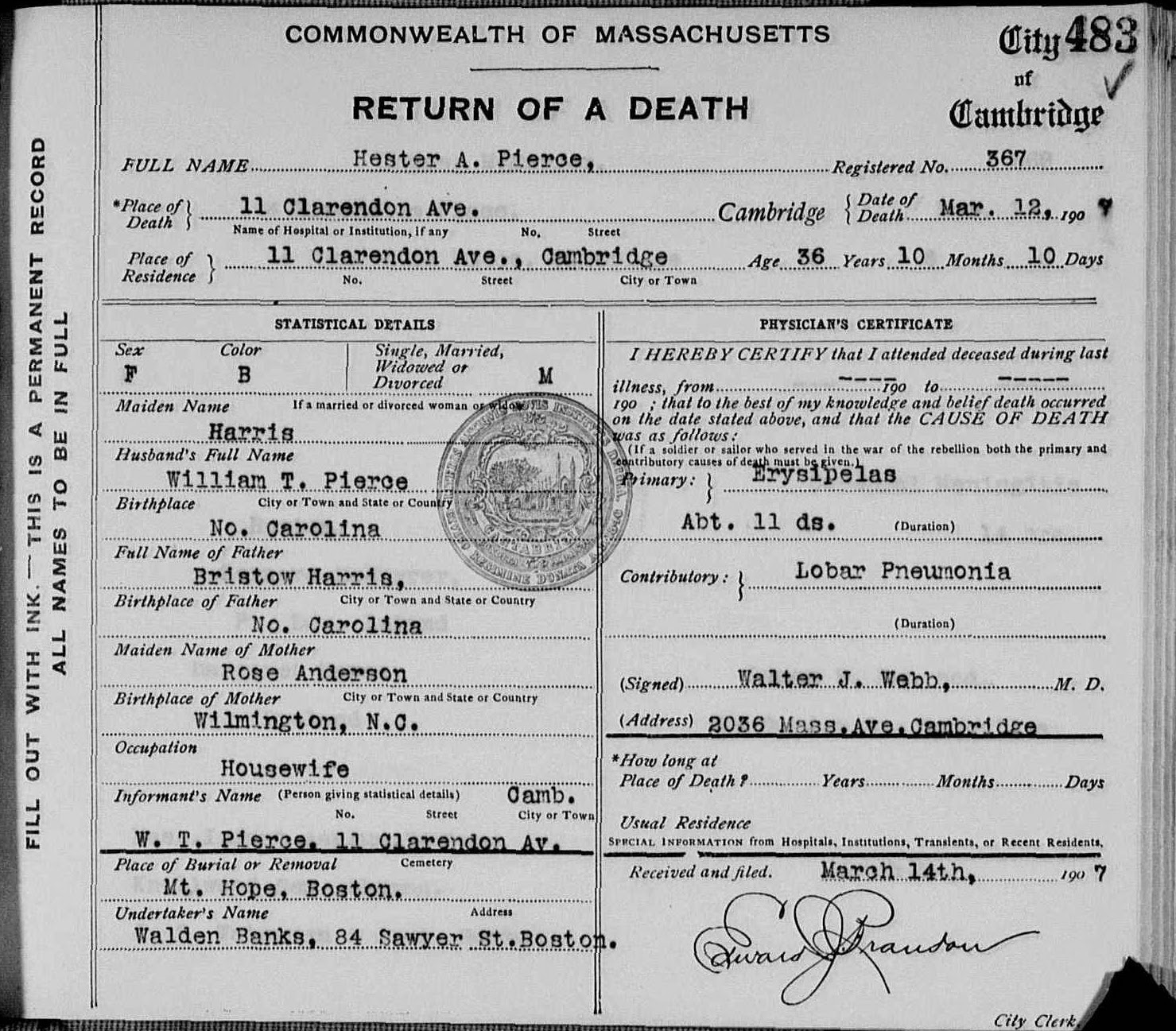 The cause of death was listed as Erysipelas with Lobar Pneumonia as a contributory factor.

I had seen the word Erysipelas before but had no idea what that was. Here's what Wikipedia says about the condition.

Erysipelas (/ɛrɨˈsɪpələs/; Greek ἐρυσίπελας—red skin; also known as "Ignis sacer", "holy fire", and "St. Anthony's fire"[1] in some countries) is an acute infection[2] of the upper dermis and superficial lymphatics, usually caused by streptococcus bacteria.[3] Erysipelas is more superficial than cellulitis, and is typically more raised and demarcated.[4]

Poor thing. What a bad way to go. Thank goodness for antibiotics these days.

I found a couple a years back the death certificate for Hester Harris Pierce online through FamilySearch.org. This was at a time when I hadn't really began looking into researching newspaper articles.
With my participation in  the 52 Ancestors blog prompt series, I finally have meandered my way back into looking for information about my Harris ancestors.

Here's an obituary for Hester dated March 16, 1907 from the Cambridge Chronicle which indicated that Wilmington, NC was indeed her birthplace: 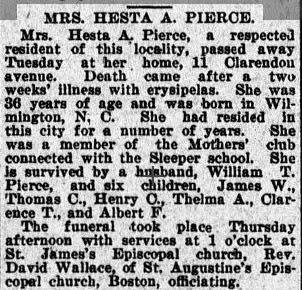 Question:  What was a Sleeper School? Perhaps Sleeper was just referring to the name and not the type of school?  I found a couple of newspaper articles that provided some clarity on the subject. 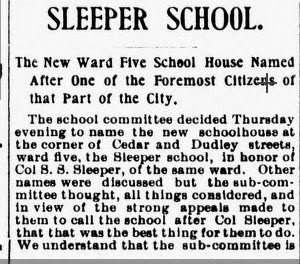 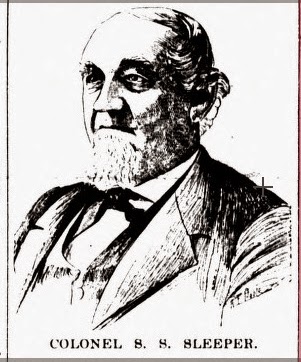 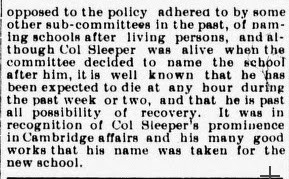 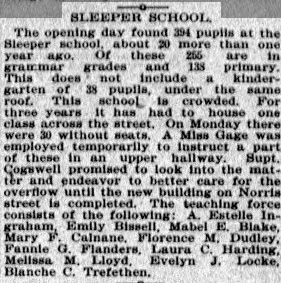 It sounds like to me that the Mothers Club that Hester Pierce was a member of, was of tremendous importance to this school. I would think they probably provided assistance with teaching or monitoring students. Hester was a mom like me looking out for her kids and the kids of her neighborhood. I like it!

I was able to locate where the family home was situated by referring to a map from the Harvard University Library's Digital Collection. The link here is to G.W. Bromley & Co. Atlas of the city of Cambridge, Massachusetts: from actual surveys and official plans. Philadelphia : G.W. Bromley and Co., 1903. It shows Clarendon Ave and if you zoom in you can see the names of the property owners written on each lot. W. F. Pierce and H. A Pierce's names are clearly labeled on lot 2397.

Referring to the 1903 map was important because the street was renumbered at some point. I've marked on the following aerial view the approximate location of the original 11 Clarendon Ave. 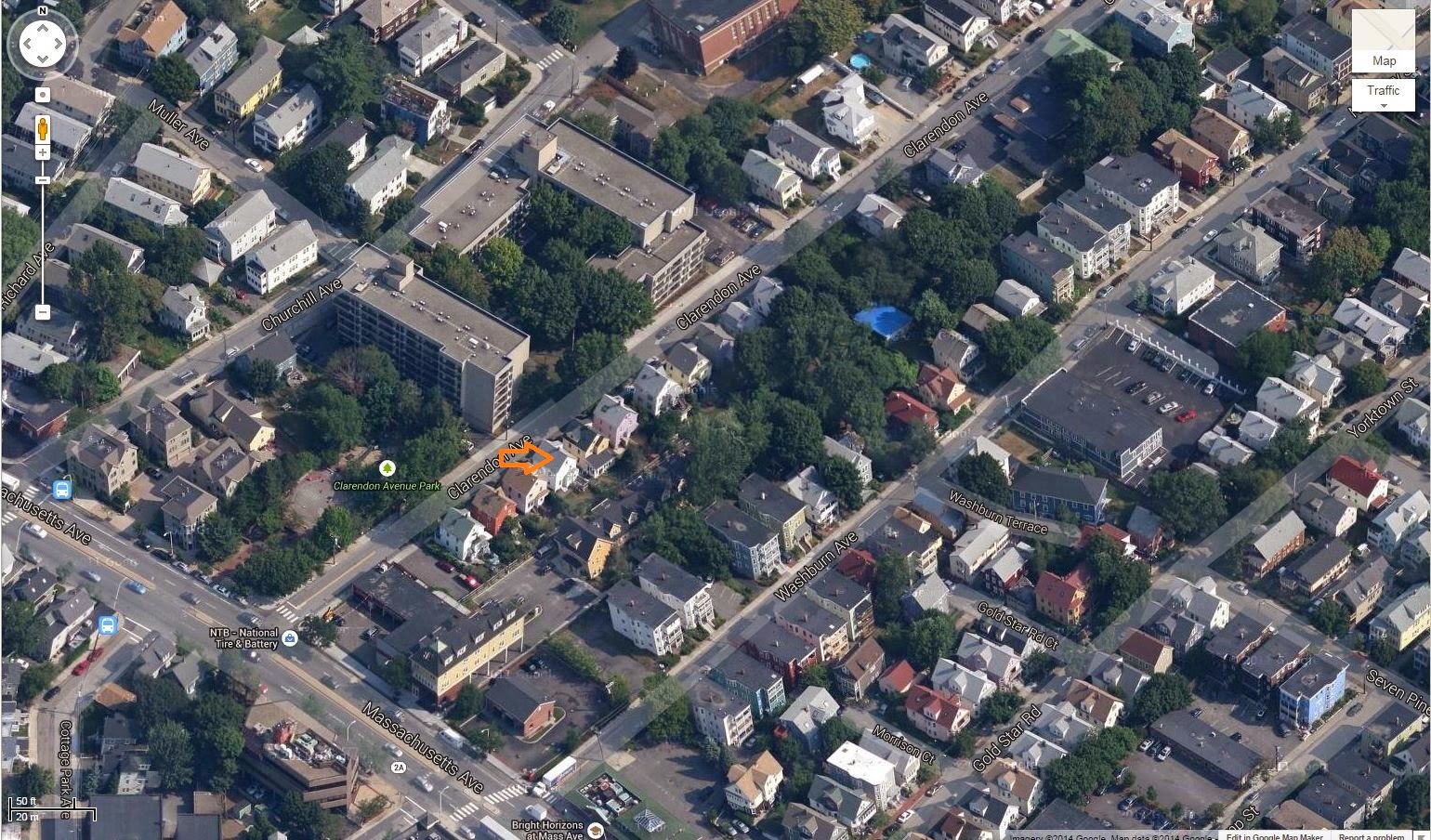 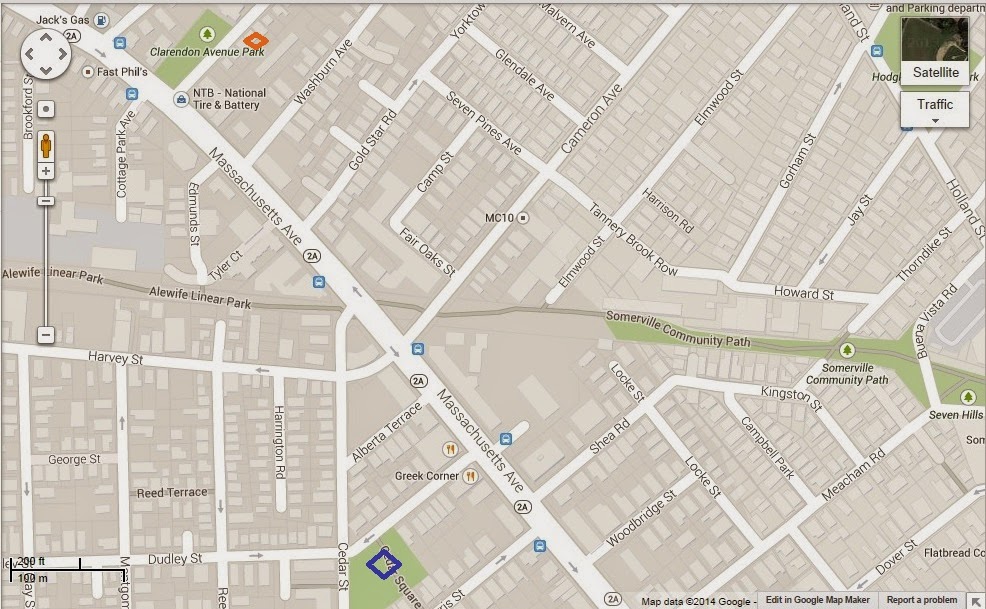 Image courtesy of Google Maps
Orange marker notes the approximate location of the original 11 Clarendon Ave and blue marker shows the location of where the Sleeper School once stood.  The school building was torn down and was replaced by a park

By researching Hester Harris Pierce and her husband in newspapers I was able to locate information on the whereabouts of a couple of Hester's siblings. Those findings I will feature in upcoming posts.

Holy cow! I just realized something. I looked at the obituary again and saw just six children were listed in it. David Meyer Pierce was born on March 5, 1907.  Hester died on March 12, 1907, just one week later. Willim T. Pierce probably didn't know if his newborn son was going to make it after his wife died.

On April 29, 1907, David Meyer Pierce's birth was finally recorded.  The infection Hester had contracted may have been a result of complications from childbirth.
52 Ancestors in 52 Weeks Cambridge Harris family MA Pierce