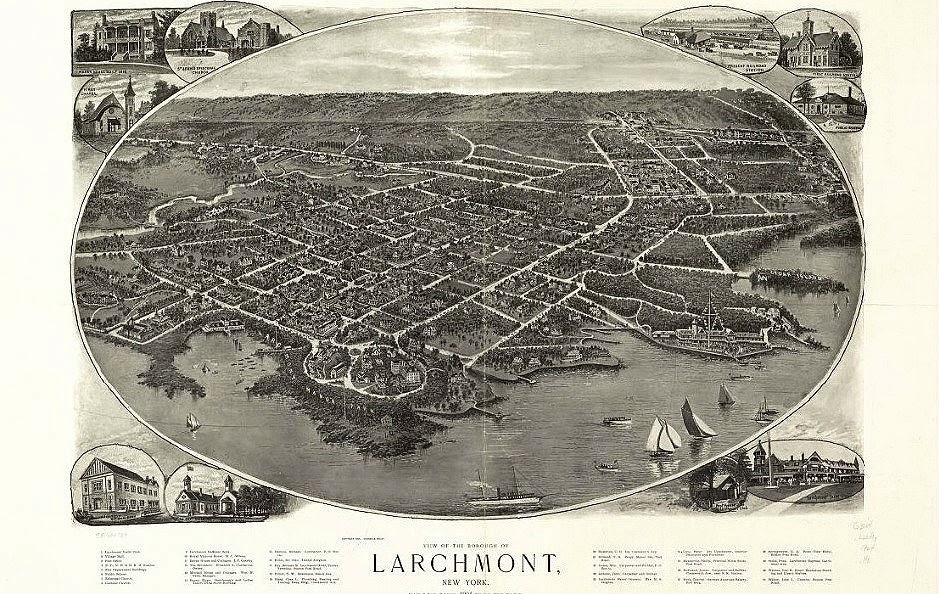 Larchmont, NY huh?! Okay Thomas Harris, how did you get there and why? Hmm. If you missed my last post, Sometimes When We Search For One Thing, We Discover Something Else, here's a bit of a recap. Thomas Harris was my 2nd great grand uncle.  I had been researching newspaper articles on Thomas's sister, Hester Harris Pierce and her husband William T. Pierce, when I made the discovery that Thomas was living in Larchmont, NY.

I knew that Thomas Harris's resided in Wilmington, NC in 1880 based on information found on the Federal Census.

He was approximately 14 years old at the time and was working as a waiter. I wonder what sort of restaurant he worked at? Did he hear in passing conversation that there was opportunity to be found up north? Perhaps a chance to start a business of his own, maybe even own his own home? Maybe this is how he came to the decision to move to Larchmont, NY.

Larchmont is located approximately 18 miles northeast of midtown, Manhattan. It's conceivable that Thomas may have found work in New York City first and then moved subsequently to Larchmont. I do know that in 1897 he was residing in that area. 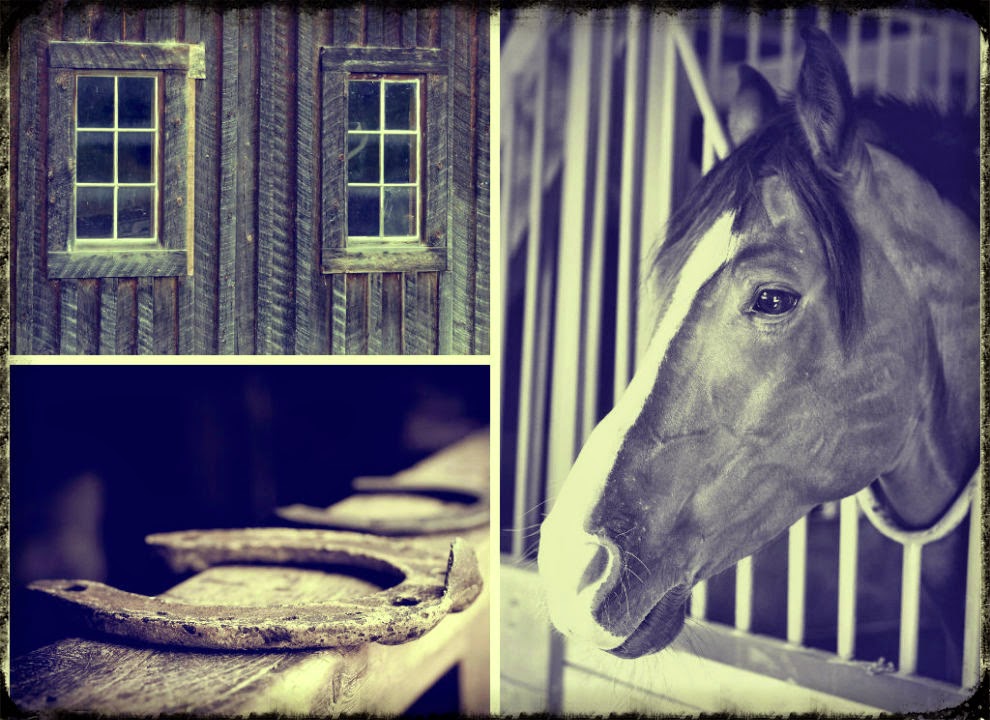 The 1900 Federal Census clearly shows that Thomas Harris was a property owner.  His occupation listed as a liveryman corroborates the information I found in the city directory listing. Thomas was an ambitious man. He had his own business but that wasn't his only aspiration.

He suffered a setback in 1902 when a fire destroyed his stable. 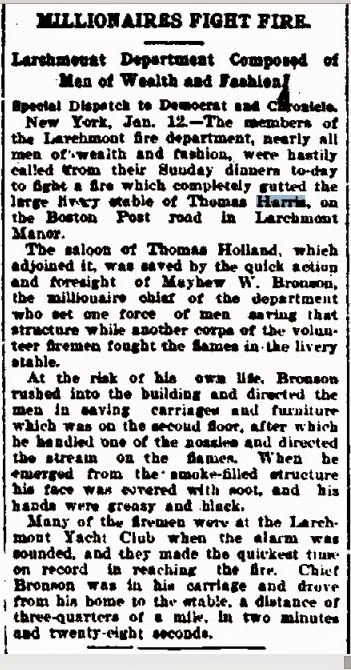 This was not going to stop him. He rebuilt his business and set his eyes on another goal. Tom Harris sought the Republican nomination for the position of tax receiver for the village of Larchmont. 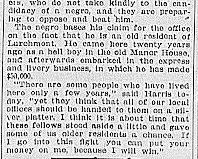 Did they say he made $50,000 on his livery business?! Say What! I guess you could say he was successful. Wow! 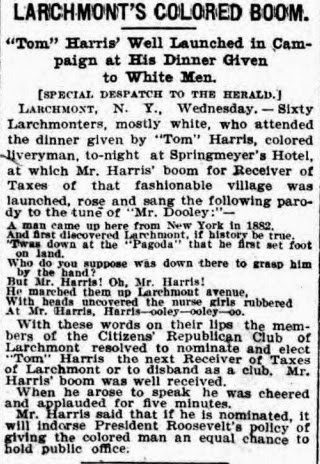 The lyrics of the song mentioned here may have proved helpful. Could 1882 be the year that Thomas Harris arrived in Larchmont? The Citizens Republican Club enjoyed the dinner that Tom had set out before them. Then things "got real" if you know what I mean very shortly. Folks didn't like all the fuss that this ambitious man of color was making.

I've got to get ready to run errands now so the results of the election I will post tomorrow. I have to say though I am so impressed by Thomas Harris. He must have known this was going to be a battle but he went for it anyway.