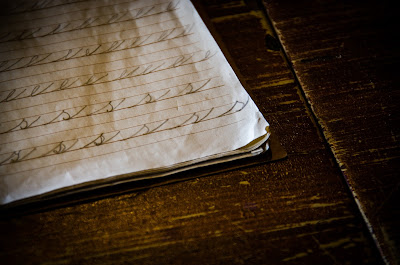 In honor of National Women's History Month, I'm doing a couple of posts to honor fearless females in my family. Lisa Alzo of The Accidental Genealogist blog is hosting once again the Fearless Females Blogging Prompt Series. If you aren't familiar with these blog prompts, be sure to visit her blog for more information.

March 21 — Describe a tender moment one of your female ancestors shared with you or another family member.

Ethel Smith Murrell was my paternal grandmother. She was a wonderful loving spirit that I've written about before on this blog. If you missed those posts, you will probably want to check out these links:


Sometimes, it's not so much how much is said but rather the way it's said that strikes a chord with us. I remember one time in particular when my grandmother spoke of what it was like for her growing up..

It's been a while since those words were said to me. I think I was about eight or nine, the age my daughter is now. What I'm trying to say is the words may not be exactly right. The tone of how it was spoken is what always resonated with me. I still feel the sadness my grandma had for what was lost and perhaps what could have been.

Grandma was not someone who opened up often about her childhood. Things were tough. She was born in Wilmington, NC on January 6, 1911. The circumstances around who her father was a bit of a mystery. According to my father, his mother Ethel was one of a second group of children that his grandmother Ella had. Ella's first set of kids she had apparently abandoned. Ethel's father's name on her birth certificate was "John Edward Smith." Was this in fact his name or was this made up? Who knows. What I do know is that my grandmother and two younger sister were living in Manhattan by 1925 with their mother "Ella." If you want to read more about my mysterious great grandmother "Ella," take a look at the following posts:

Here's a portion of the 1925 New York State Census that shows my grandmother Ethel listed with her family.

In 1925, Ethel was 14 years old and attending school. I bet school was a sanctuary for her from her unstable home life. Giving that up to go to work must have broken her heart. At the same time, I think she knew it was up to her to take care of her sisters. If her mother was capable of abandoning her first family, what was to stop her from possibly abandoning this one?