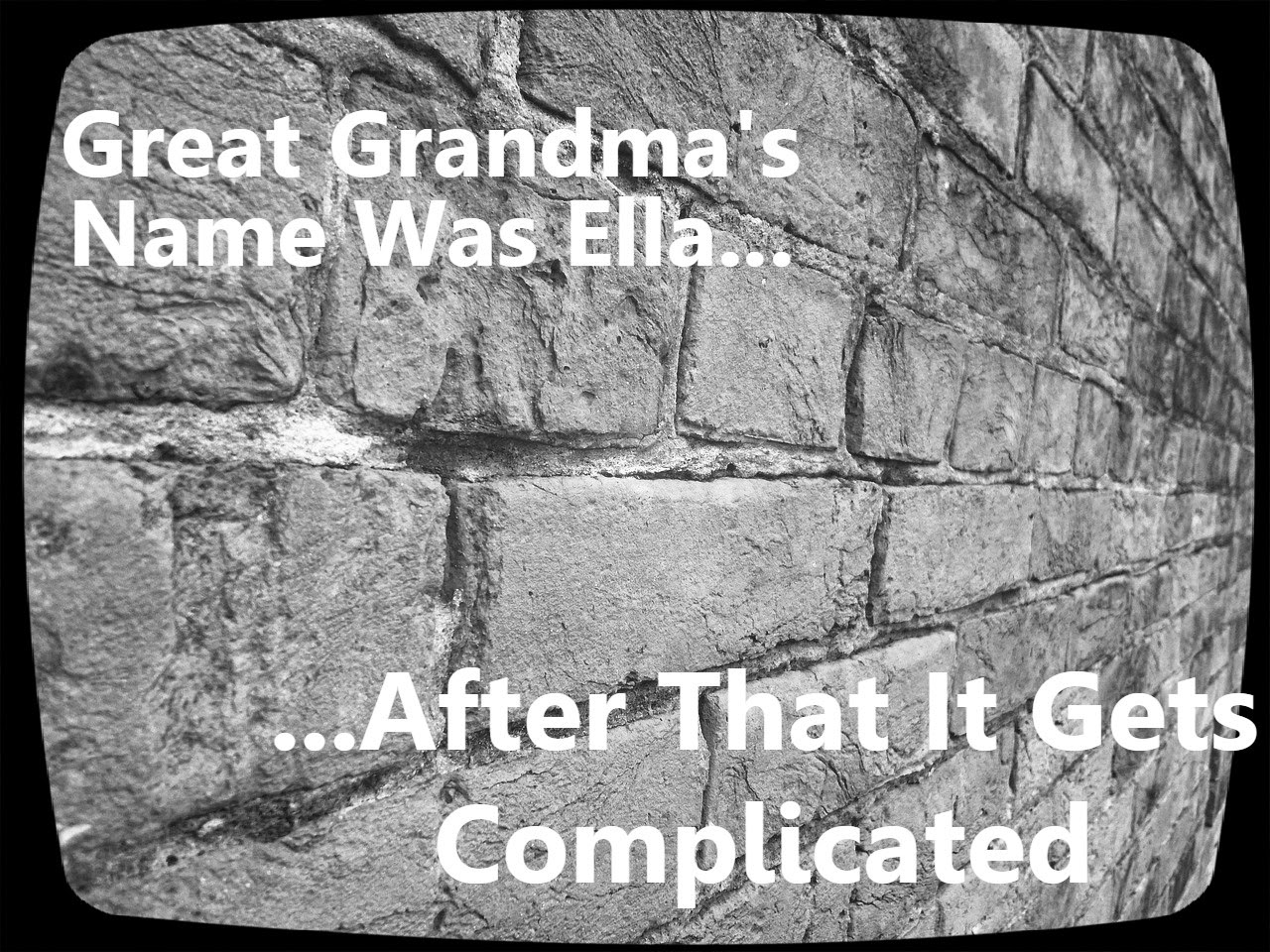 I've written about my paternal great grandmother before on this blog. If you read these posts first, they will provide you a little bit more background on what I knew prior to ordering a marriage certificate from the New York City Department of Records/Municipal Archives:

The last time I wrote about Ella was back in 2013. I had learned that she had been in living in NY as early as 1925, which was a bit of a surprise to my family and I. Previously, based on oral history I was working under the assumption that she was living in Philadelphia at that particular time. Well, that turned out to be untrue. The address that Ella, my grandmother, and her two younger sisters resided at was 326 West 37th street in New York City.

Pause on that address for a minute. Okay now let's move on.

Let's jump ahead now to January 2014 when the news release came out that New York City Vital Records were now available on Ancestry.com. I quickly looked up to see if I could find my great grandmother listed in the New York, New York, Marriage Index 1866-1937. My grandmother, Ethel Murrell's maiden name was Smith and so I worked under the assumption that I was looking for an Ella Smith. From the 1925 New York State Census, I already knew the man she had married went by the last name Dixon because that was the same last name my aunt Hilda/Bernice, my grandmother's younger sister went by.

Ella Smith --marriage date March 29, 1920. This looked right, so I ordered the certificate and look what I found. 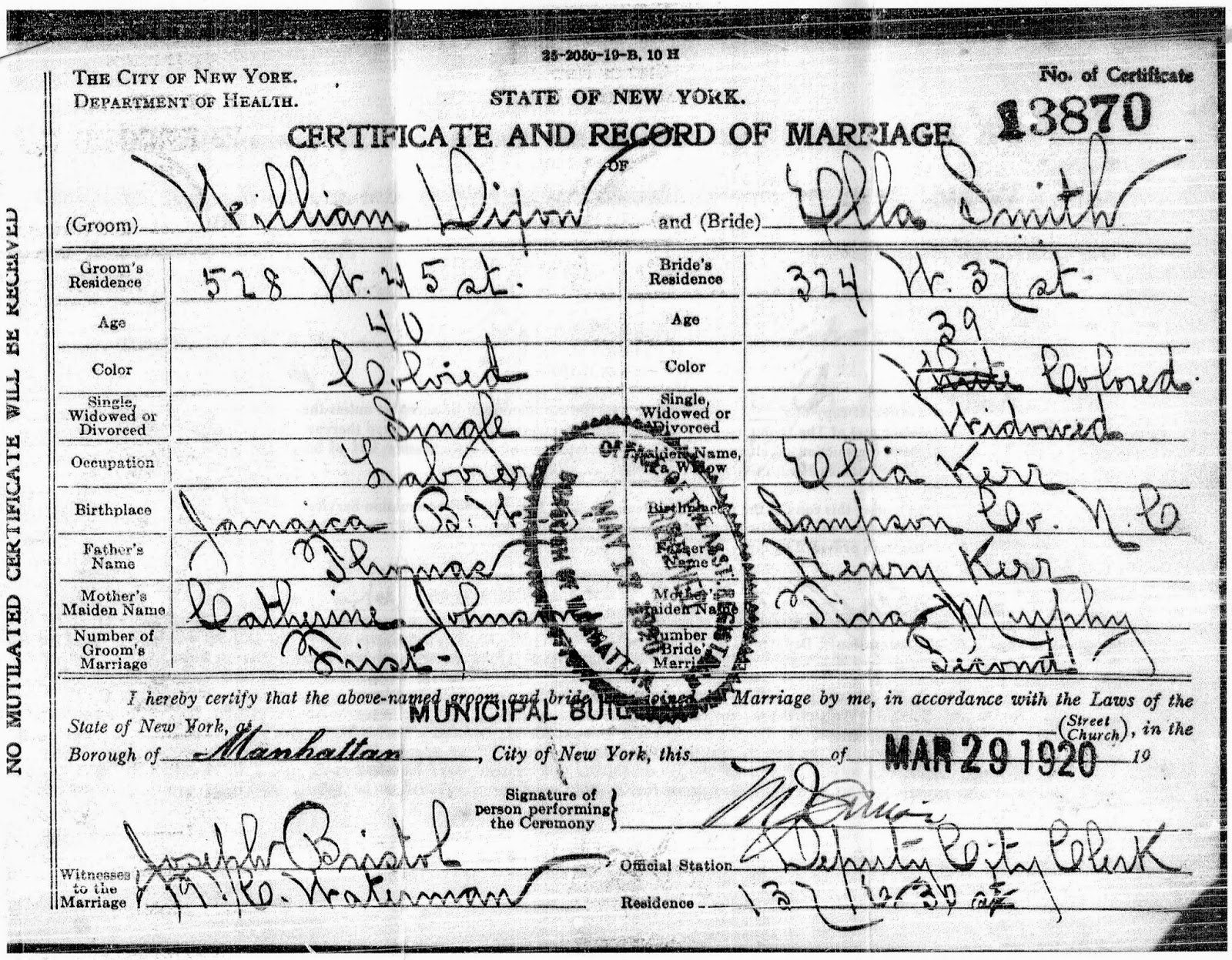 I did a quick scan of the document and then narrowed in on what let me know I had the right Ella.

As I had mentioned previously, Ella and her family resided at 326 West 37th St in 1925.  Hilda "Dickson", my grandmother's youngest sister, was born in 1921 which corresponds perfectly with Ella getting married in 1920. My dad had told me that he thought Hilda's father was from Jamaica. This all made sense.

Ella was born sometime around 1882 in Sampson County, NC. Her parents were a Henry Kerr and a Tina Murphy. Names!!! Finally! Not only that, I knew where to search now.

So you know my next stop was to see if I could find her on the census in Sampson County or perhaps her parents or maybe even all of them together in the same household. One could only wish that it would be so easy right?

In the different documents I've come by regarding my great grandmother, her surname has been listed as Carr/Kerr/Hays/Hayes. How would she be listed in the census?
Or would she be?

This is where it gets complicated.


On a side note, I'd like to thank Victori M Bass for this month's prompt inspiration from the Griot Gram Family History Writing Group on Facebook. The prompt was to tell a story about one branch that you can't find much documentation of. Last year, I learned the names of Ella's parents but I stopped researching this branch and went on to other parts of my family tree. I have a bit of ADD so I find myself getting easily distracted at times. Now I've been back researching Ella the last few days and as a result, I have been able to break through another brick wall. Stay tuned! 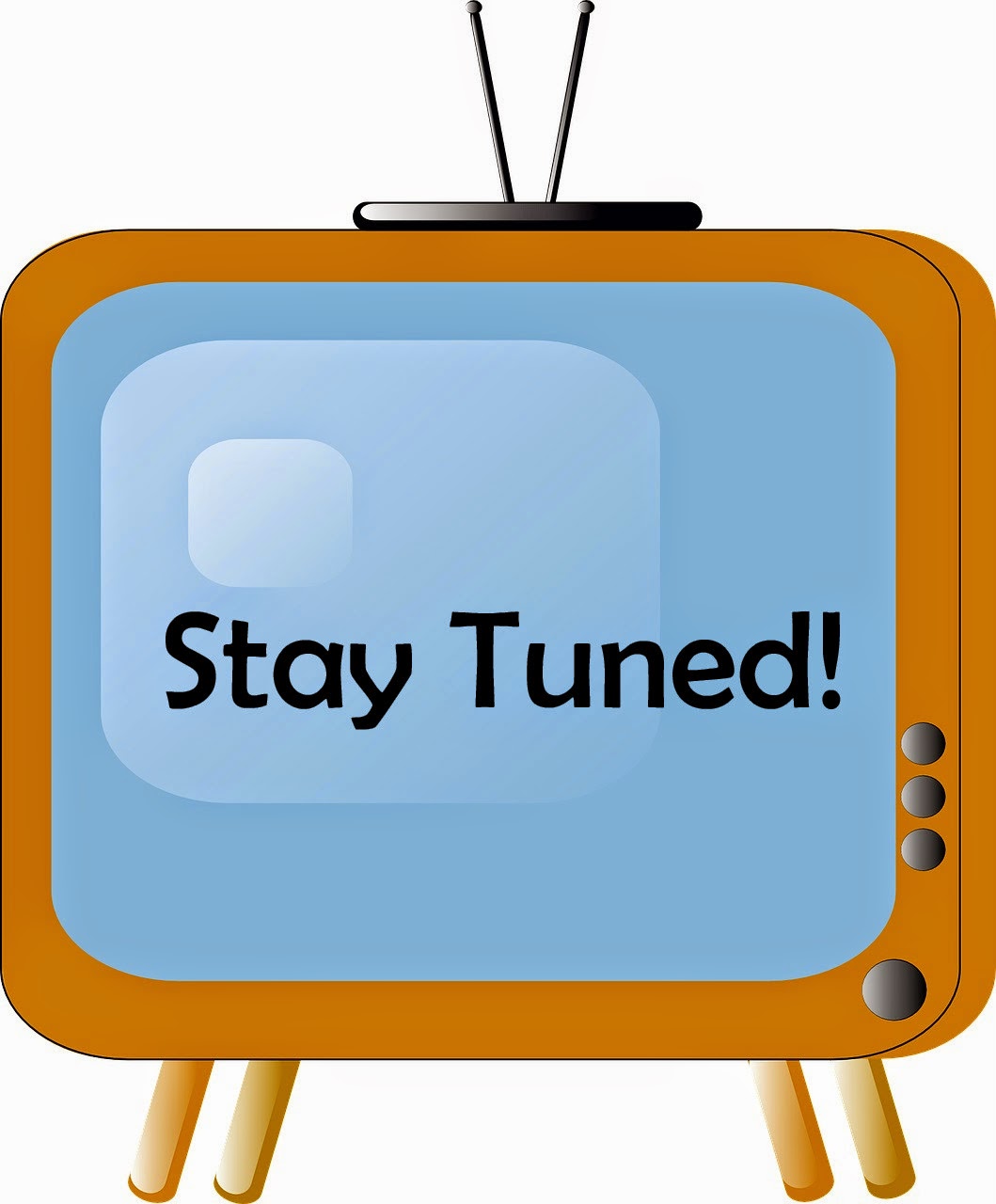