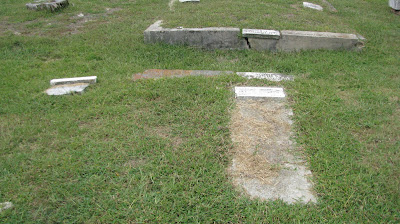 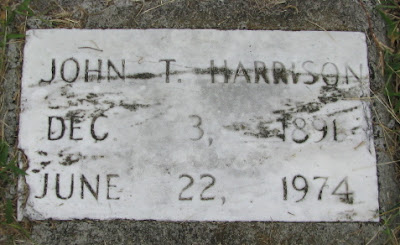 Almost a year ago, I received the image of my great grandfather's grave via email from another very helpful researcher, Shirlee Brundage who is linked with the website Random Acts of Genealogical Kindness (RAOGK). Great site. If you haven't used it, you should check it out. Volunteers that are registered to the site  do a free genealogy research task at least once per month in their own local area as an act of kindness. I was hopeful that the gravesite and/or graves around it would provide me with more information about my Dove connection. According to my family, the original surname of the family was Dove, not Harrison. Initially, I was under the impression that Thomas Duke Harrison, John T Harrison's father, was the one who had changed the family name. Now, I am working under the theory that it was actually Thomas's father. 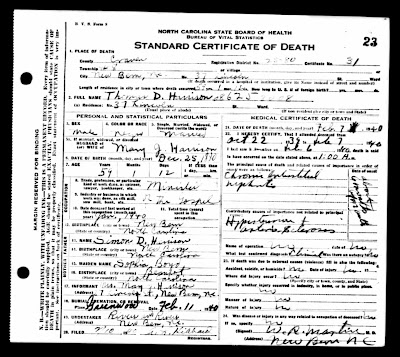 According to his death certificate, Thomas Duke Harrison's parents were Simon D Harrison and Sophia Boyd.
I suspect that D in his name may be in reference to Dove.

When I wrote to Shirlee via email, I asked her when she was at the cemetery did she see any graves around John T Harrison's that were of the last name Dove. She said there were lots of Doves. One of those graves she sent an image of because she thought it might be a relation. 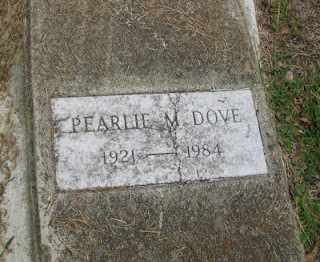 So far no connection, but one never knows.
Harrison family Tombstone Tuesday