Okay, Couldn't Sleep...So What Do I Do? Reminisce.

May 07, 2012
How quickly we forget how tiny these little children are when they first come to us. Tonight, I tried to go to sleep a little early. It wasn't happening. Anyway, I decided to pull out a photo album which had pictures of my son in it from the ages of 2-4 years of age. Where did all the time go. Poof. Gone. Now he's 7. S-E-V-E-N! How does this happen so fast. My husband and I were commenting about him after he went to bed, how we can already see him at 22. He's a seven year old mini-man now. My first born. Funny, when I say that right now, my mind flashes to a scene from the series Six Feet Under, on HBO, where the matriarch from the series holds a toast to her son, her first born who recently died. Wow. First born children break the mold of the old person you were before you had kids and simultaneously set the stakes in the new form for the person you become after kids. We all love our kids first born and so on. Just that first one changes you so deeply. They hold a special place. If my daughter reads this at some point before she has kids of her own and takes this the wrong way....well, I apologize in advance. She'll get it eventually when she becomes a mother herself. Anyway, I am rambling. There were 3 pictures that stood out for me especially in this album I have been looking at and so I thought I should include them in this post. 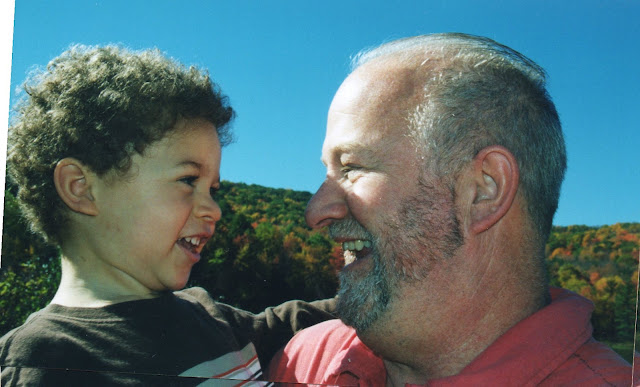 Noah and his Daddy at the SUNY Binghamton Nature Preserve 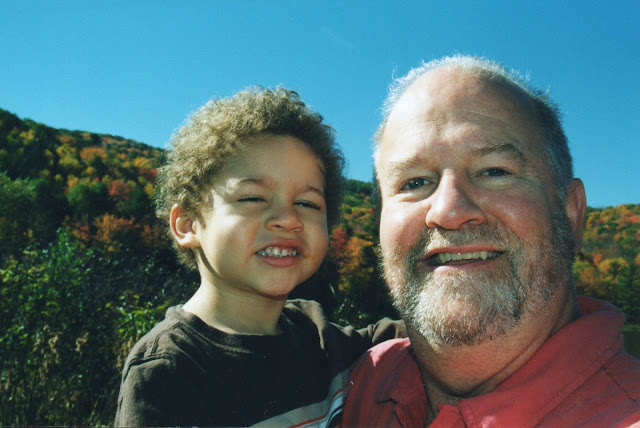 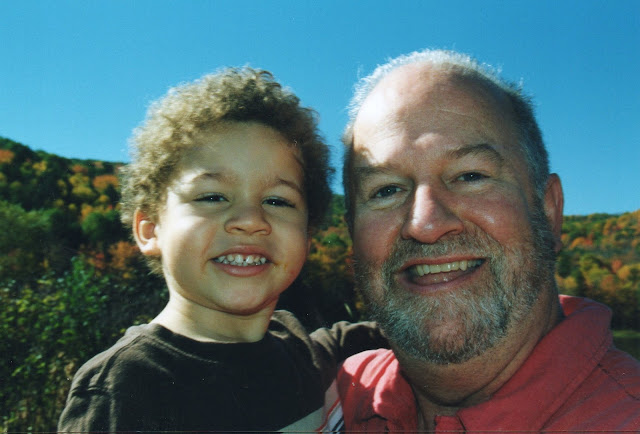 I love these men!