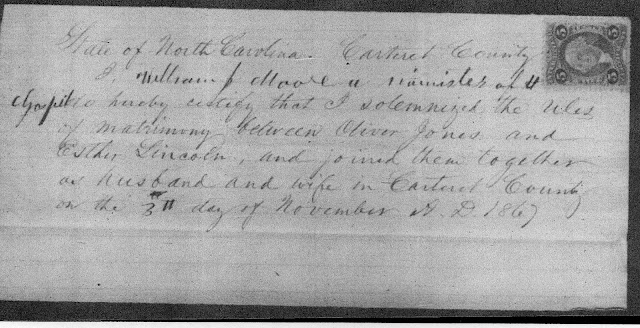 I, William J. Moore a minister of the gospel do hereby certify that I solemnized the rites of matrimony between Oliver Jones and Esther Lincoln, and joined them together as husband and wife in Carteret County on the 3rd day of November A. D. 1867

I found online a terrific resource which featured an etching of minister William J. Moore. It's the electronic edition of "One Hundred Years of the African Methodist Episcopal Zion Church or The Centennial of African Methodism," by James Walker Hood. The electronic edition is part of the University of North Carolina at Chapel Hill's digitization project called "Documenting the American South." I was delighted to find that the book includes an etching of William J. Moore and background information about the minister.
I've included the link here: http://docsouth.unc.edu/church/hood100/hood.html 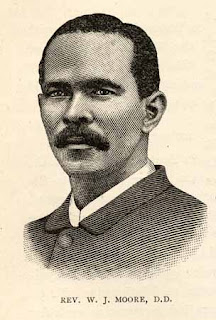