Mappy Monday: YooHoo, Elizabeth Jones Where Are You? 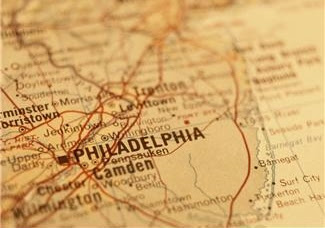 If you missed my prior posts that mention Elizabeth Jones, my 2nd great grand aunt, here are the links:

On The Hunt For Elizabeth Jones

After figuring out that Elizabeth Jones was alive and living in Philadelphia as of 1943, I decided to see if I could locate her on the census.  Good news! I did.


I found an Elizabeth Jones on the 1930 census living at 2124 Fitzwater Street who I believe was my ancestor. She was listed as  single and owner of her own home. Three roomers resided with her, two of which were an Alexander and Daisy Jones. I bet you anything that they were related to Elizabeth in some way. I will get back to you on this one after I do some more research. Her age was listed as 50 years old which would have been off by almost 20 years but ages listed on the census were often just approximations.

In 1940 Elizabeth was still living at the 2124 Fitzwater St address. She had three different roomers this time and her age was recorded as being 68.

It looks like the building was torn down some time ago. It's nice to see a garden there instead of just an empty lot.


So how do I know that this was my Elizabeth Jones?