Together In Life And In Death 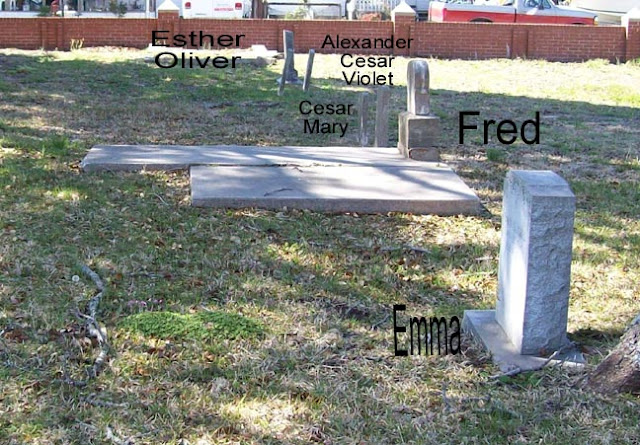 I featured this picture on this blog quite some time ago but I thought it would be good to highlight it again. I am so thankful for knowing where my Jones ancestors were buried. On my post, The Kindness of Strangers, you will find closeups of some these graves as well as how this picture came about.

Unmarked grave --unsure at this time who this was. I believe this may have been a child of William Henry Jones and Emma Jones due to the size of the cement slab and that the burial is right next to Fred Douglas Jones another one of their children.

It is a blessing to know that they are all at rest together. Last week, I showed on Thankful Thursday: Thankful To Have Found Elizabeth Jones, the will of my 2nd great grand aunt. Currently, I don't know where Elizabeth Jones was layed to rest. Perhaps she was buried in Philadelphia, the city where she lived before she died. Or perhaps she is at rest somewhere near the rest of her kin at Bayview Cemetery. I will let you know if I find anything out.