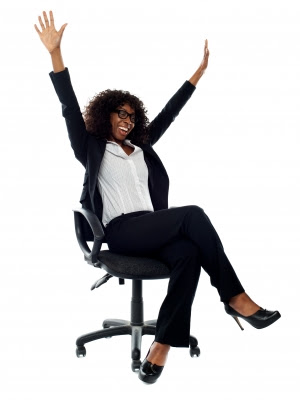 How many of you out there can relate to this pose? I call this the "I just found it! Yeah boyeeeee!" pose. It usually happens when you come cross a really meaty genealogy nugget that provides answers to questions and tons of bonus information. Some folks out there may call it the "Damn, I'm good" pose. Whatever you may want to call it, this is the exact pose I held after finding Elizabeth Jones's probate record.

Now on a post I put out earlier in the week called, Mappy Monday: YooHoo, Elizabeth Jones Where Are You?, I found an Elizabeth Jones living at 2124 Fitzwater St in Philadelphia. How did I know that this was my Elizabeth. Well it took a little bit more digging. Specifically, I found on the FamilySearch.org website under the North Carolina Probate Records 1735-1970; Carteret County Wills, 1925-1948 Vol. G, my great grand aunt's probate record. 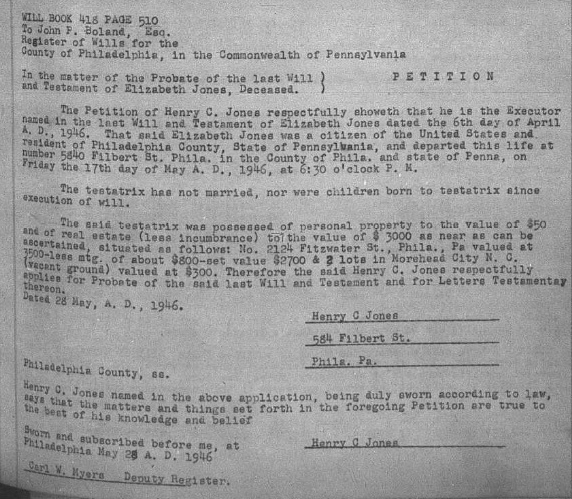 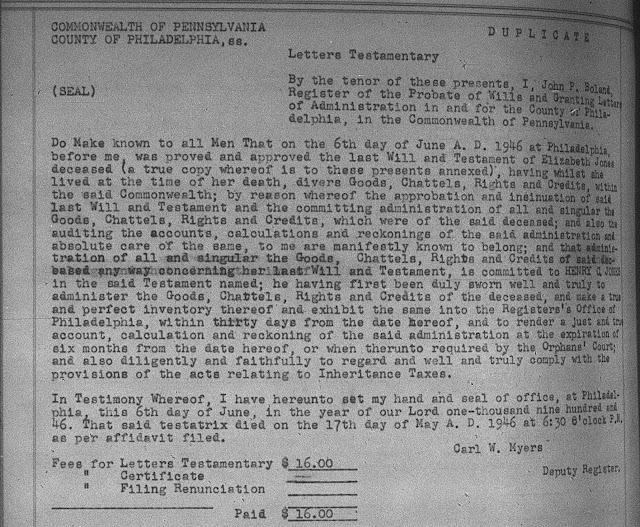 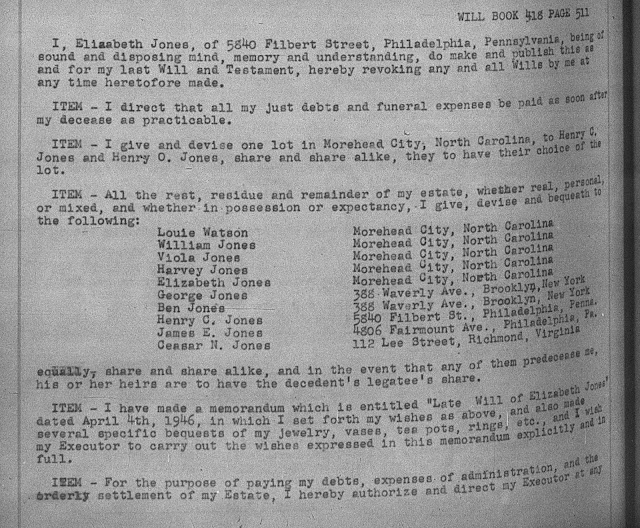 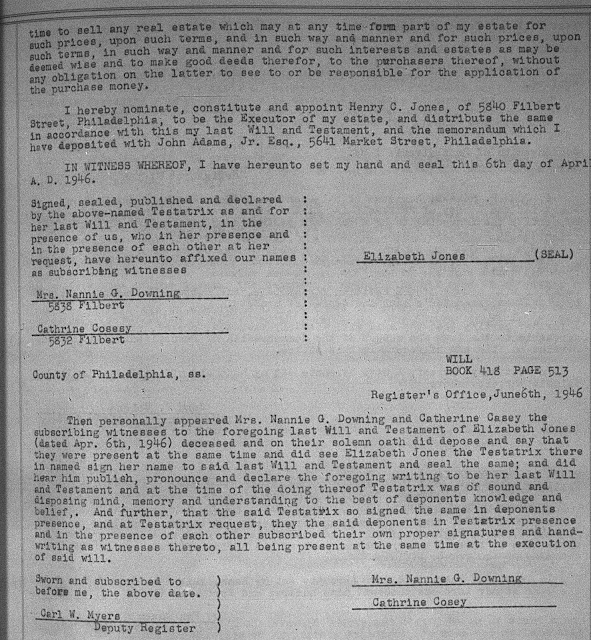 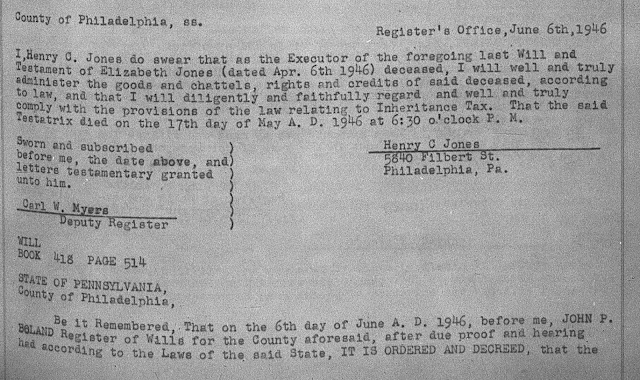 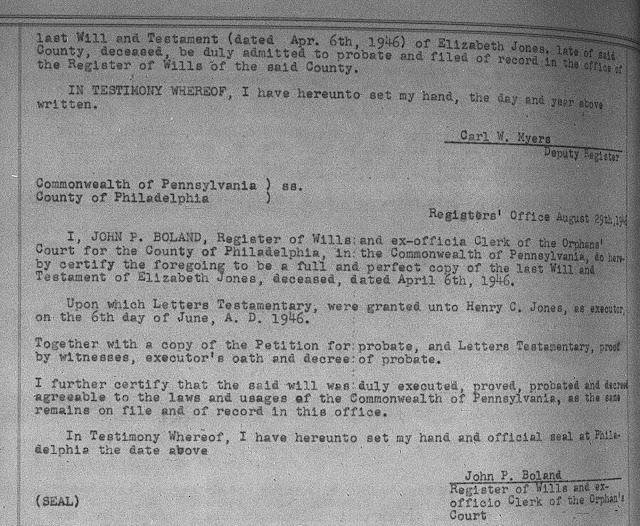 
Lots of names are listed in this record. It's getting late and my eyes are kind of drowsy, so I will have to pick up with the who's who tomorrow. Until then, everyone have a good night. :)
Jones family Thankful Thursday