Something About Me Saturday: Do You Remember The TV Show "The Phoneix"?

May 18, 2013
Okay this post came up in a completely random fashion today. I've been hanging out with my best friend chatting and somehow we got on the subject of 70's and 80's TV shows. Specifically, it started when she mentioned the show "The Phoneix."  Now don't ask me how this came up in the conversation. We've been laughing about random nonsense all afternoon. But that's when I thought to myself, I wonder how many other people remember this show?

This show description came straight up from Wikipedia:


The Phoenix is a 1982 television series starring Judson Scott which was on ABC for about one month. The plot revolved around an ancient extraterrestrial named Bennu of the Golden Light, who is discovered in a sarcophagus in Peru and awakened in the 20th Century. The series was first seen on a TV-movie on April 26, 1981


After viewing this, my friend and I got to talking about other TV shows we watched while growing up and we noticed a common theme emerging. It seems that we both grew up watching a lot of cheesy sci-fi.

Here are a few we got to talking about.

Now this last one is for my brother. I know he will laugh his butt off when he sees this. 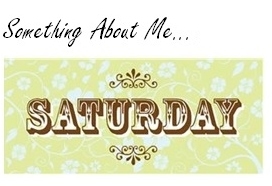 Something About Me Saturday