The Book Of Me: Prompt 59 --Task Reflections 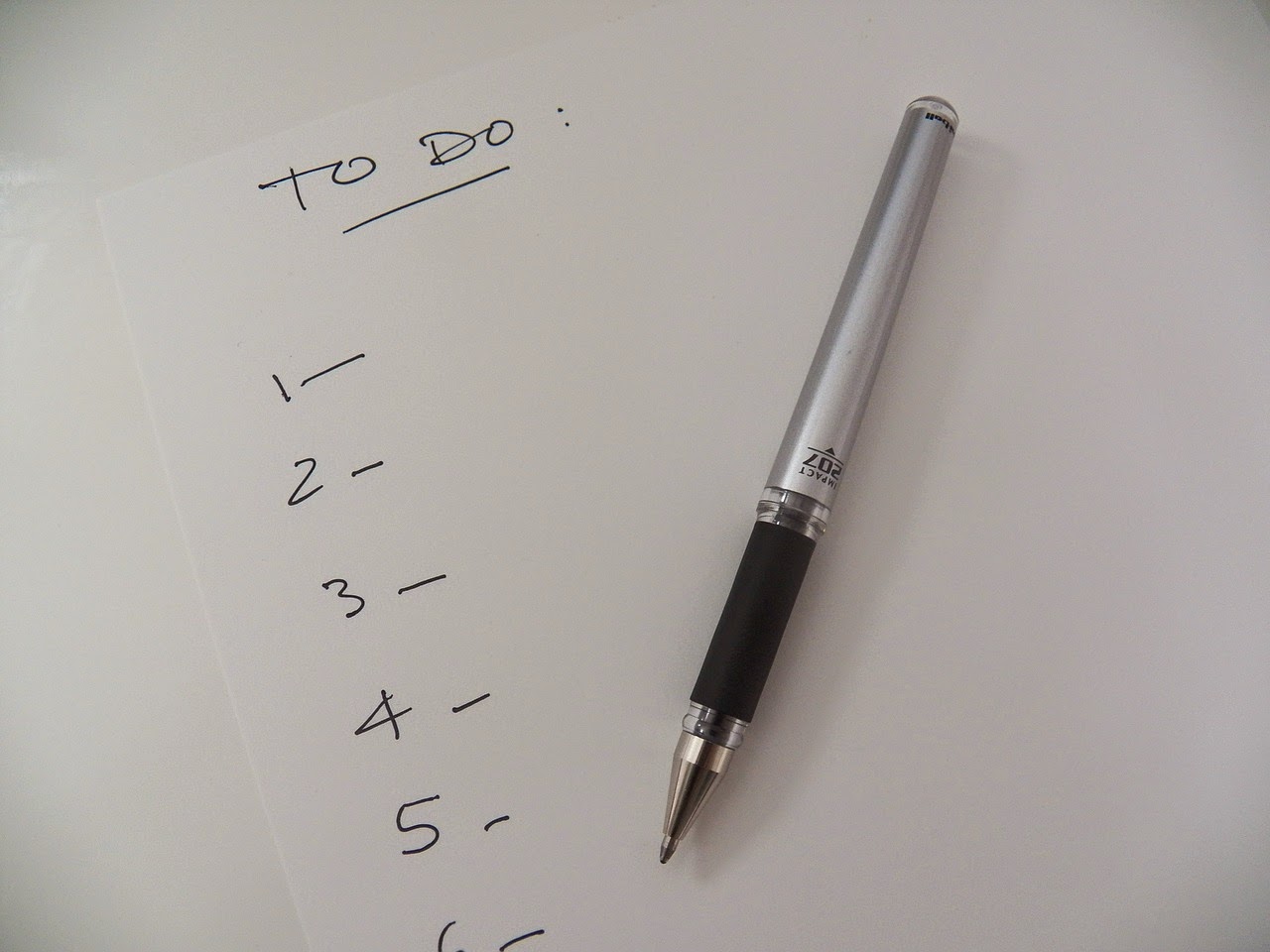 This week's prompt is - Task Reflections
Write a list of each task you undertake for any given day.
Include the fine details of the tasks
taking milk out of the fridge to add to a drink - what was the milk in? a jug, quart container?
Compare those tasks to an ancestor - someone born in the late 19th Century or early 20th Century and preferably someone that you knew or remember.
Record and discuss the differences
What of those discoveries has impacted on you?

I am going to compare my mother's list of  daytime "To Dos" to mine. I'll be looking at daybreak through dinnertime. Once I'm done writing for this prompt, I am going to share this information with my kids. I can't wait to see their reaction to some of these things. 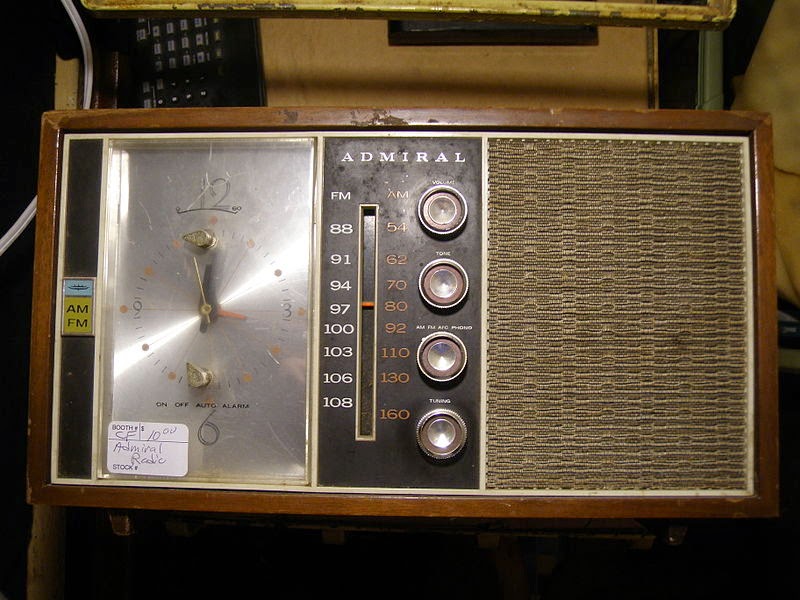 This isn't my father's alarm clock but it was in the style of the one that I remembered.

She woke up when my father's alarm clock went off. She would already have her clothes laid out and ready. The night before, I know she would have paid special attention to the weather report which she would have seen on our Zenith color console TV in the living room. You know the type of television that was more like a piece of furniture than just a TV. 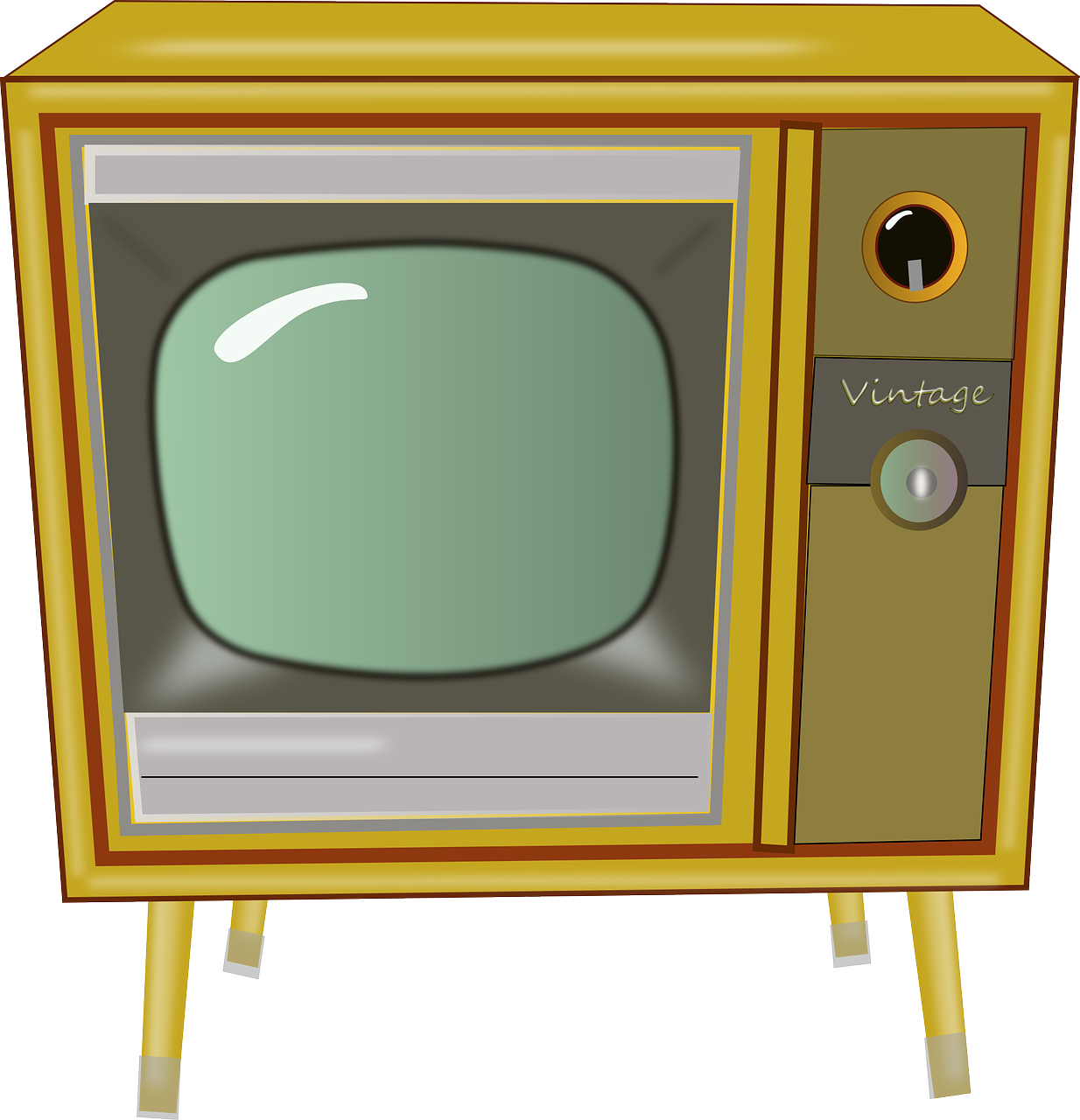 Obviously not a picture of the one we had but it gives you an idea of what I'm talking about :)

She would go down to the kitchen and make coffee. Coffee was brewed in an old percolating coffee pot. I remember that I thought it was extremely cool to see the coffee bubble up on the inside of the clear knob on the lid. She would set up breakfast for my brother and I. For me, usually some sort of cereal. If it was hot cereal, it would be instant Cream of Wheat. Cold cereal choices were usually Raisin Bran, Cookie Crisps, or Captain Crunch. Milk for the cereal came in a carton. After setting up breakfast, she would wake my brother. I believe he would use the bathroom and get cleaned up while I ate breakfast and then we would switch. Lunches were already made from the night before. Sandwiches were kept in the refrigerator. All she had to do in the morning was assemble everything. Mine went in my metal lunch box. I think my brother was at the age where he had outgrown the concept of the lunch box and he would brown paper bag it. Lunch for me was a sandwich, a thermos of juice usually Hi-C, and then something else on the side, maybe a couple of Hydrox or Vienna Fingers cookies. Everything was wrapped in plastic wrap, unless I was having tuna fish and then mom would wrap it in aluminum foil so the sandwich would stay colder longer. 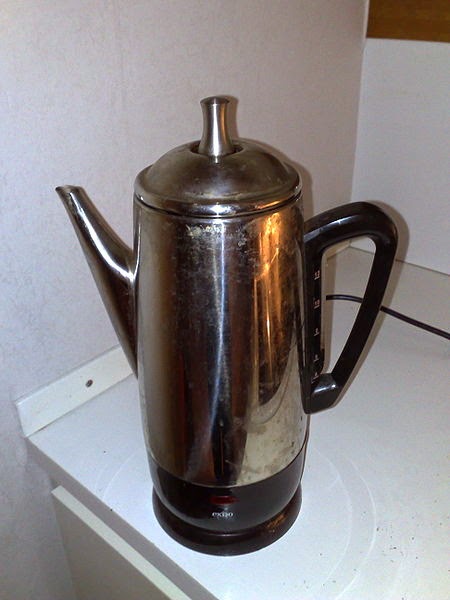 
My mother's coffee pot was similar to this. The knob on the lid of hers was clear
so you could see the coffee bubble up as it was percolating. 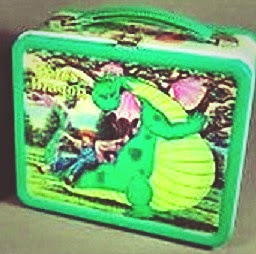 Picture of a Pete's Dragon Lunch Box. I had one of these. (smile) 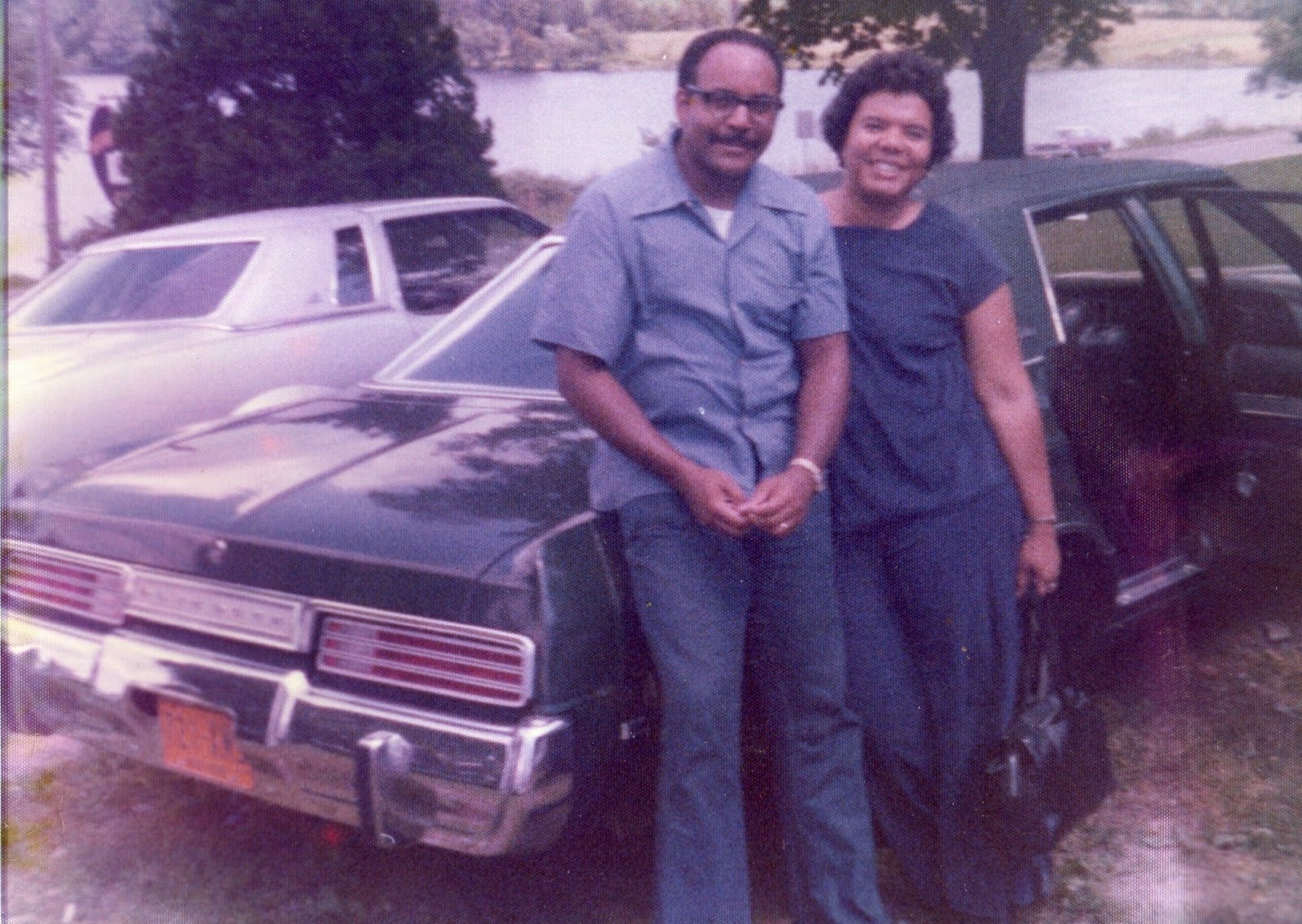 My parents leaning against the green Plymouth.

After getting dressed and packing the car, we were off. The car she drove was I think a 1977 Plymouth. It always stalled out as we made the turn off our block. You could set your clock by it. LOL! First stop was the Catholic school my brother and I attended. Now that I think about it, I think she would stop and purchase a paper on the way from a newspaper vending machine. I am not sure if I have the specific timing of things down but I think she would drop us off at school around 7:50 am and we would wait in the school yard and play with our friends until it was time to go in for class. Then it was off to work for my mom. She was a social worker and the office she worked at wasn't too far away. I think she had to clock in by 8:30 am. She would then work a full day, finishing at 4:30 pm. My paternal grandfather would pick my brother and I up from school while she was at work and we would stay with my grandparents until my mother would come around 5 pm to take us home. At home, she fixed dinner on the Magic Chef gas stove that was in the kitchen. I remember we always had matches in the house in case the pilot light went out.

I wake up at 6:55 am by my son's alarm clock. It's loud enough that I can hear it in my bedroom. I get up and go to the kitchen to make coffee. We have a Faberware drip coffee pot that I use that sits on the  counter next to the Frigidaire glass top electric stove. The kids and I all get up at the same time. They usually will watch a video on the ipad until breakfast is ready. My son usually eats pancakes or cereal. The pancakes are frozen Eggos that can be nuked in the microwave. If he chooses cereal, then it's Cinnamon Toast Crunch. My daughter usually chooses cereal. Her tastes in cereal are a bit more varied. She chooses from Cornflakes, Cheerios, Cracklin' Oat Bran or Weetabix. If those cereals don't sound appealing then you guessed it, it's Cinnamon Toast Crunch. I set up breakfast for them. The one that finishes first hits the shower while the other finishes their food. Then then it's the other one's turn.

I make lunches. Instead of lunch boxes, the kids have insulated lunch bags. My son's is easy. He eats the same sandwich every day, Sunbutter and jelly. I pack two drinks, a water and a Capri Sun lemonade. Then I will cut up an apple into slices. Half of the slices go to each child. Along with that I include a snack size bag of chips and cookies. Both come prepackaged so there's no need for plastic wrap. I pack his sandwich in a Tupperware. My daughter doesn't care for sandwiches so I make her a salad and pack that in Tupperware as well. Then I add a bag of chips or pretzels, the apple slices and again some cookies.

Before the kids get dressed, I check Accuweather on the computer to see what the weather is going to be like for the day to ensure they are dressed appropriately. Once they are dressed and backpacks are packed they head outside to catch the school bus. I have to admit that the sight of that yellow bus coming up the hill on some mornings is such a relief. Once there off, I pack lunch for the hubby and then work on some household chores like doing dishes, laundry, and vacuuming. When I get tired of chores, I take a break to drink more coffee and check emails, Facebook etc. If the whim hits me and time permits, I'll work on a blog post. My afternoons, I usually spend running errands like going to the post office or grocery store. On other days it is Target to pick up something the kids may need. I return home in time to see my children off the bus. Then I make a snack for them of some cut up fruit or they can pick something from the snack bin in the cupboard. I cook dinner on that Frigidaire stove I mentioned earlier. After dinner, I help the kids with their homework and that's usually when my husband comes home. I greet him and ask him about his day and then go about heating up dinner for him. If the food has already been cooked, I'll reheat it in the microwave oven.

My mother and I are just one generation apart. She was born closer to the middle of the 20th century rather than the beginning of it. Even though the span of time may not be so great, I am still amazed at all the technological changes that have taken place from the 1970's until now.

I must finish these prompts! 2015 is almost here. Aacckk!

My family The Book Of Me