I connected with Rudi and his wife Sheila at the end of September via an amazing phone call, one I will never forget. After that call, I decided that I would go review one of my trees that I have on Ancestry.com to look at information regarding the siblings of my grandfather. My grandfather Lemuel Harrison came from a family of 13 children. I never really knew any of his siblings as a child, although I had met my grandfather's sister Carrie, but I was just too young to remember it. I went to look at my grandfather's brother, William Arthur Harrison's information.  If you are familiar with Ancestry.com, you know that you can leave comments on people's profile pages. Well, I had placed a comment after I set up William Arthur Harrison's profile page. The comment was based off information I had received from my mother. Her basic recollections about her uncle. Here's the comment I placed:

Crazy thing is that day when I decided to review information, I noticed another comment above mine. This comment was placed on my tree on September 7, 2010. It had been on there for a year! I read it and it tells the name of the woman my grand uncle had married and that they had had a child. That child was married and had kids. I ask myself, how could I have missed this comment for so long? I write an email to the author of the comment. 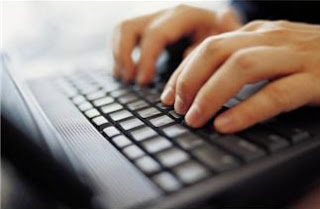