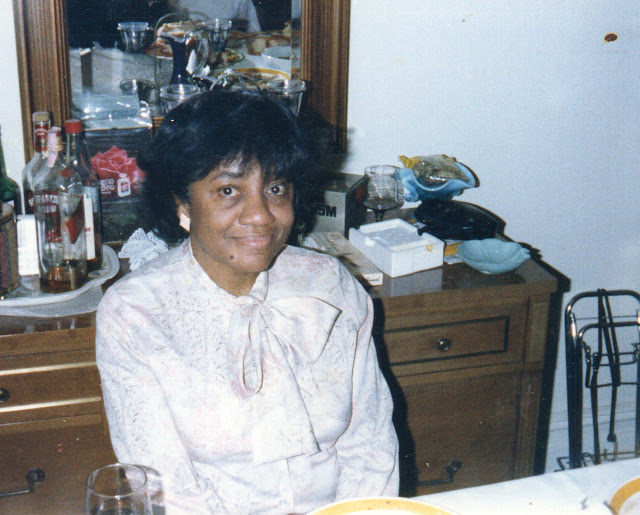 My father's sister was an incredibly sweet woman. Janice never married and she resided in the family home in Hollis, NY. She was an extremely bright with a terrific sense of humor. I can still remember her laugh. She would laugh with her whole body and spirit. She did not have kids of her own so my brother and I became "her kids."I have so much to be thankful for from her. She loved taking us kids to the city to experience things that not all kids had an opportunity to do. She would take us to plays. I remember seeing musicals such as "Barnum" and "Snow White" with these beautiful stage productions.  For two hours I would be transported to another world until the curtain would close and the house lights would come on. Sometimes a trip would involve going to the World Trade Center. She worked for AT&T in an office located at one of the towers. I loved it there, especially going up to the interior observation deck, picking out a souvenir from one of the vendors and having lunch with her at my favorite restaurant in the basement there called "The Big Kitchen"

She knew that her niece and nephew were bright and would be able to appreciate what would be deemed a grown up movie. I remember her taking us to see "Gandhi" back in 1983. At first, I didn't want to go see it. It looked too long and boring. The movie was so long that it had a scheduled intermission. The funny thing is that when the intermission came, I was disappointed that we would have to take a break. My bladder wasn't though. Anyway, this experience of going to see this movie with her and my brother still remains high on my list of great memories.

Another fun memory I have of my aunt Janice is the time she took my brother and I to see the first "Ghostbusters" movie. During the scene where the characters are trying to clear their minds of everything but are unsuccessful and as a result the Stay-Puff Marshmallow Man comes to wreck havoc on the city, I don't think I ever heard my aunt Janice laugh so hard.

Last year, my father shared some family pictures he had from when he and his sister were little. My mouth dropped opened when I saw my aunt for the first time as a little girl. Again, another one of those moments when you only think of a person as always being a grown-up, that they never were a little kid.

Here's one of those pictures. 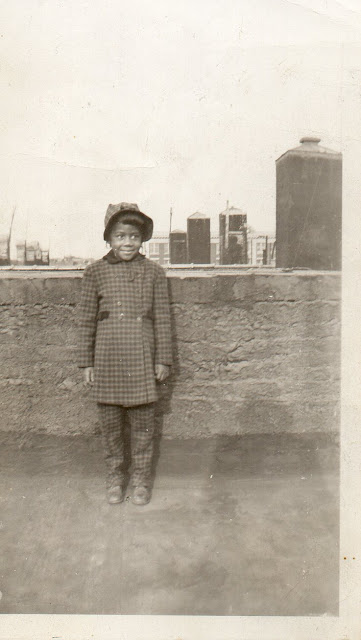 I was talking to my husband today about family members of mine which I wish he had had a chance to have met and she is definitely one of them. Unfortunately, my aunt Janice passed away from breast cancer in 1989. She is always with me in spirit. I can still see her twinkling eyes and hear her wonderful laugh.