Mappy Monday: Bits And Pieces Of My Childhood

June 03, 2013
A couple of weeks ago, I received an email that said I was invited to try the latest update to Google Maps. I didn't really explore the program, until just this morning and lo and behold I was pleasantly surprised by something. Some street views that were previously unavailable were now miraculously able to be seen. Specifically, I could now see a street view of my childhood home in Queens, NY as well as the houses of my grandparents. These are homes I haven't seen in years, so my curiosity was peaked to see what sort of condition they were in.


I am happy to say that three of the four properties I looked at today are still kept up well for the most part.

My maternal grandmother Mary Bryant Horton lived in Springfield Gardens, about a fifteen minute drive away from my childhood home. It is a place I visited often through the years. I loved spending the night at grandma's because it meant I could stay up late and watch Fantasy Island. My grandmother helped raise my cousin Audrey who lived with her. In her bedroom there was an extra single bed that my brother would sleep on while I would snuggle in with my grandma in her bedroom. She would make eggs sometimes for breakfast or cornflakes with banana sliced on top. I still love cornflakes that way.

One thing my grandmother prided herself on was her yard. Her house sat alongside a service road to the Belt Parkway, so you would always hear in the background the sound of cars passing by. I didn't mind that sound so much when I was little because it would lull me to sleep at night. Being so near to the parkway, garbage would often blow up into her yard. It wouldn't rest there for long though. She would be right out there to pick it up. The covered patio was swept, lawn mowed and colorful flowers were planted to decorate the beds outside. She loved flowers, especially rhododendrons. Here is a picture of me when I was twenty standing next to her garage where she had a beautiful fuchsia example. 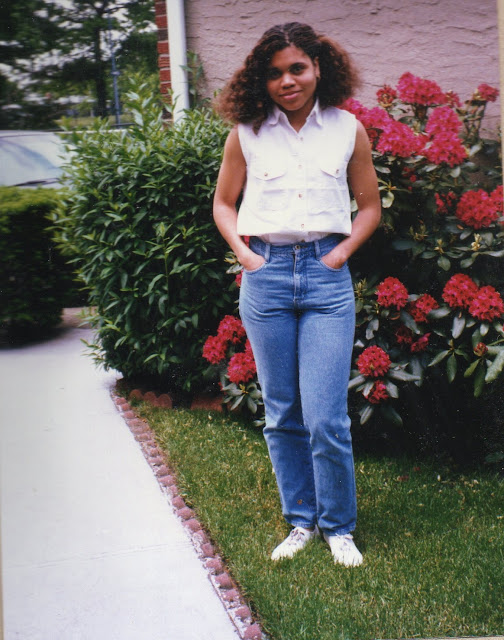 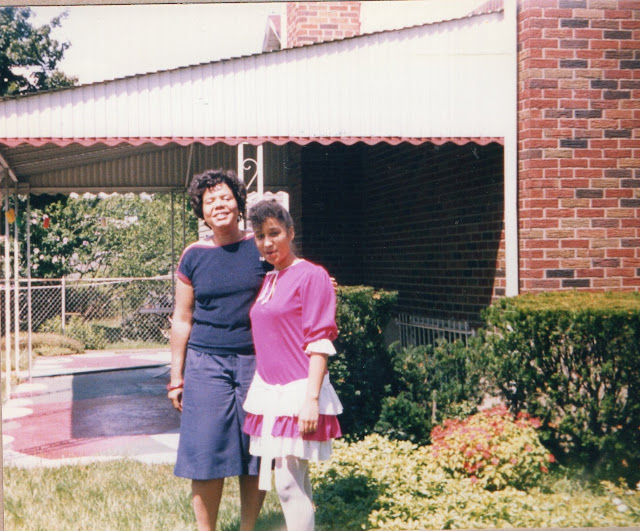 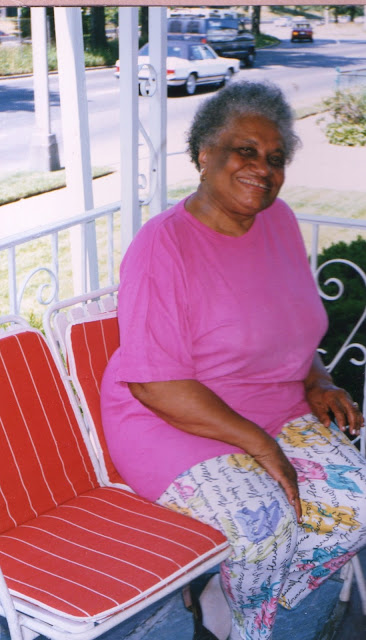 Grandma sitting on her porch. You can see the service road behind her
and the entrance ramp on to Belt Parkway. 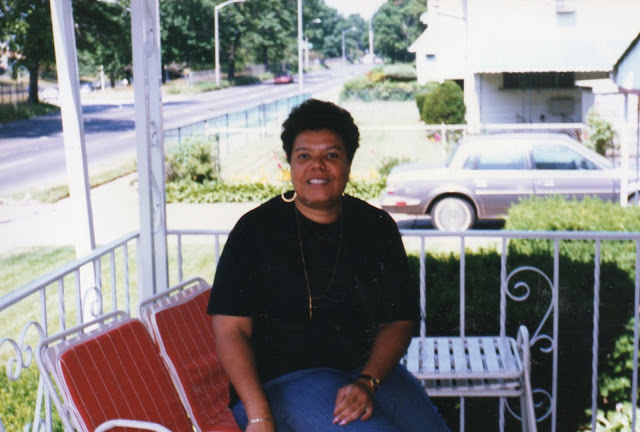 Mom sitting on the same porch. Grandma's car parked in the driveway behind her.

I tried to find a picture of the front of the house for this post but alas, I have none. My mother has some I think at her house. For now, you won't really be able to see the house I knew growing up.

Here it is on Google Maps: 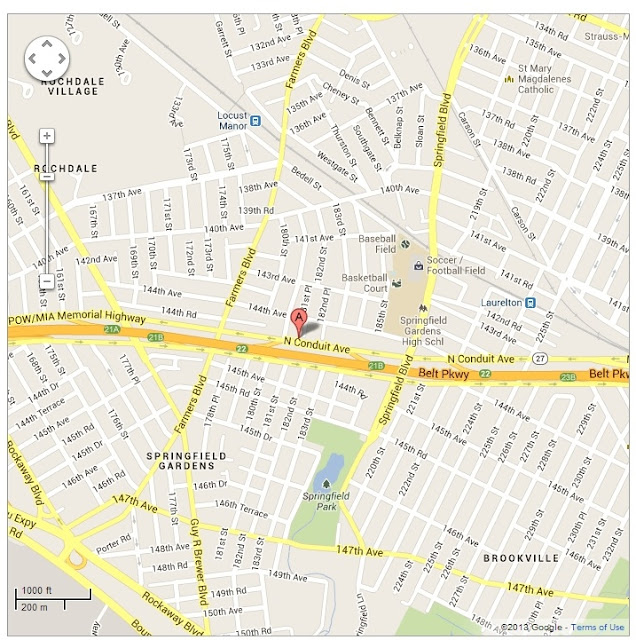 And here's a picture from street level taken August 2012: 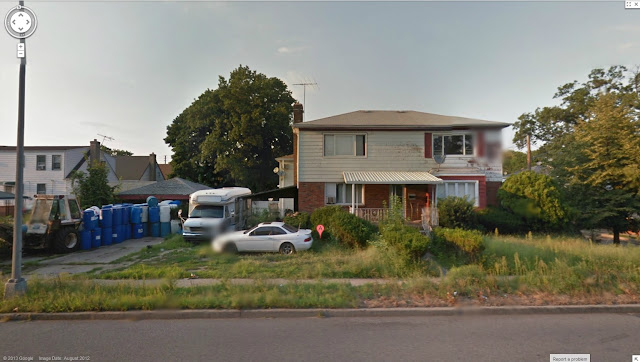 
This was I have to say a bit heartbreaking to see but it is what it is. I still have the memories.

The good news is that the other three houses I viewed on Google Maps were in much better condition. Those I will feature in future posts.