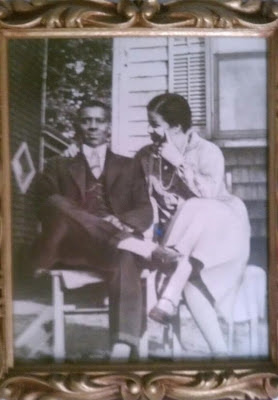 Genealogy friends on Facebook are extremely helpful! First of all, I'd like to give a shout out to two particular pages that I found fairly recently. If you have ancestral connections to the towns of Washington and New Bern, North Carolina, you may find these helpful as well.

The first page is called I'm from Washington NC and nobody told me this!

Washington NC is rich with history. A lot of it's history has not been given the attention it deserves, particularly for African Americans. Let's take the "mystery out of our history!

She features lots of information and pictures about the area often referred to as "Little Washington."

The second page is called Remember In New Bern When?. This New Bern memories page was created by realtors Steve & Jana Tyson and has over 2000 likes so far. People comment and share regularly their pictures and memories of North Carolina's second oldest town.

In regards to this second page, I have connected with a couple of people associated with it. One person in particular, Ken Edwards, was so kind and shared with me on my Facebook Timeline, pictures of my great grandfather's home and one of the places he worked at.  Here are a few of those lovely photos that Ken shared with me. 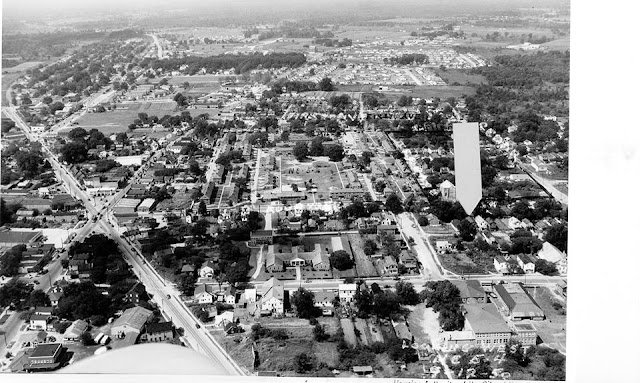 Image courtesy of Ken Edwards and "Remember In New Bern When" Facebook page.
1950 Aerial view of my great grandfather's neighborhood. John Harrison's home is shown directly
below the arrow. He lived at 10 Brown's Alley. It was later renamed 709 Brown's Ave.
More recently, the name was changed to Hatties Lane.

For comparison, here is an image courtesy of Google Maps from 2013.
There is a vacant lot where the house once stood. 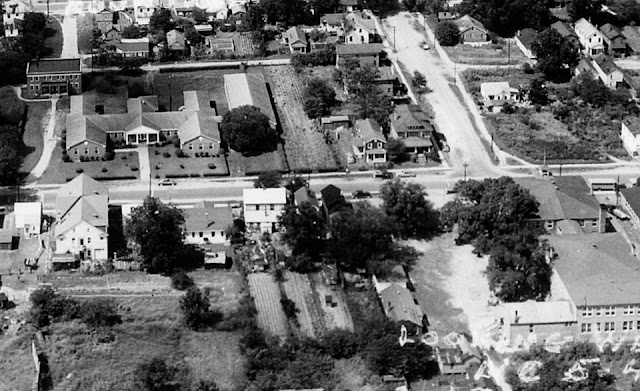 Closer view of the first image. The large brick building in top left corner of picture was the Good Shepard Hospital. This hospital serviced the black community of New Bern.  This is where my great grandmother Carrie Harrison, John's wife, passed away. The family home is shown toward the top right corner, the third house in partly obscured by a tree. 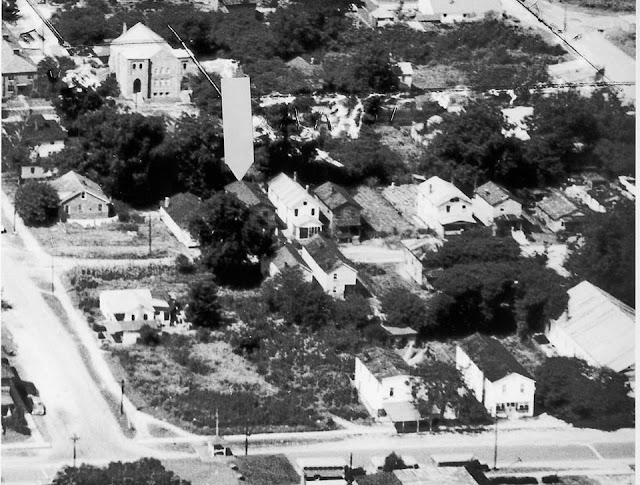 Closer view of the home.

Now the next thing that I am going to tell you is going to blow your mind. At least it blew mine. As I mentioned before, Ken shared these photos and some additional ones, from the Remember In New Bern When? page onto my Facebook Timeline.  The day he did this, would you believe that my great grandfather's next door neighbor saw these pictures and commented!  Well I guess you know what I did next right? Stay tuned because there's more to come tomorrow!
Harrison family Thankful Thursday Whitney family