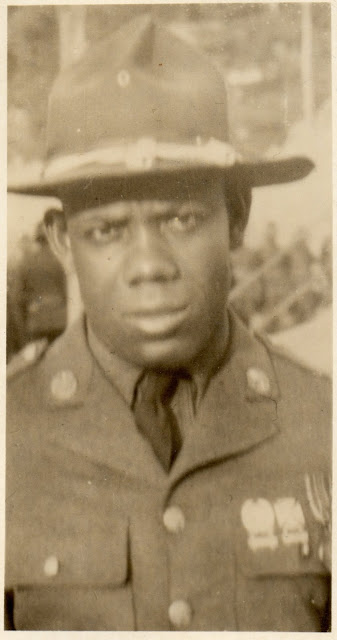 My grandfather Harold O. Murrell in his National Guard uniform. 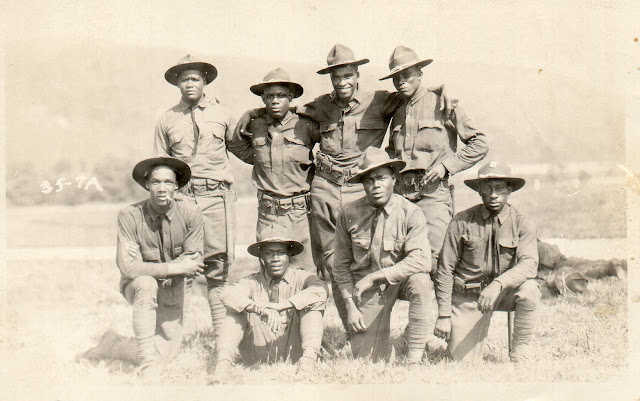 My grandpa is standing in the back row, the second from the left.

I came across my paternal grandfather's New York National Guard Enlistment Card recently on Ancestry.com. I knew he had served in the National Guard from what my father had told me. About a year ago he shared these pictures with me of his dad in uniform. Two of these photos were featured on this blog before in the posts, My Grandpa, Harold Murrell--Part three and Wordless Wednesday: Pictures of My Grandpa --Harold Murrell. The first picture above I had forgotten I had. I thought it would be good to feature them here together. 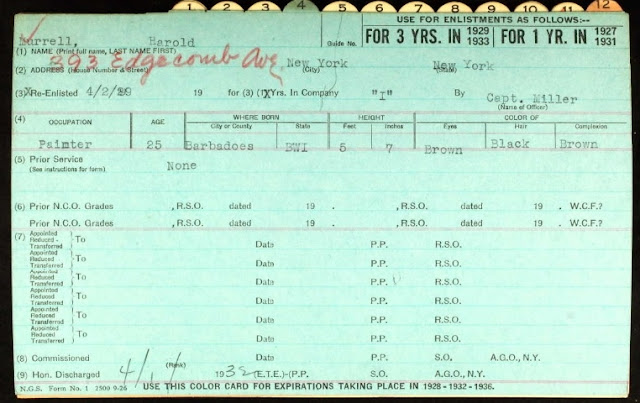 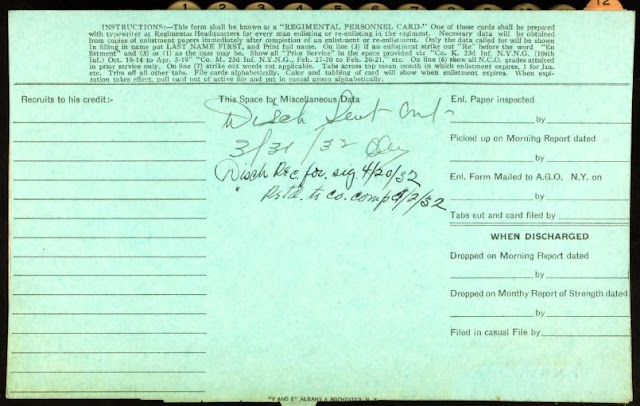 
My paternal grandfather, Harold Murrell, served in Company I under a Captain Miller.  I think this is pretty cool since he had only just arrived in the U.S. on September 29, 1927.

Things learned from this card:

The most important thing I learned from this was his address.

This is where Google Maps comes in handy. 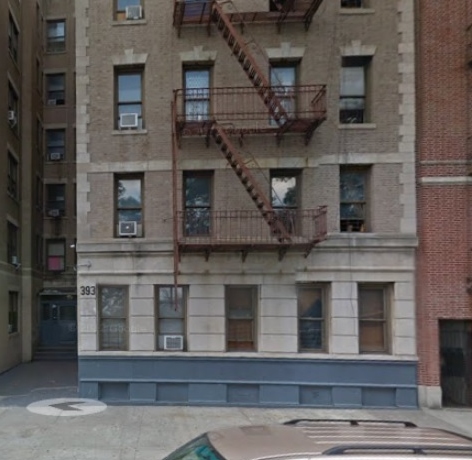 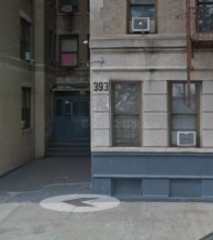