My Thoughts About My Pending DNA Results 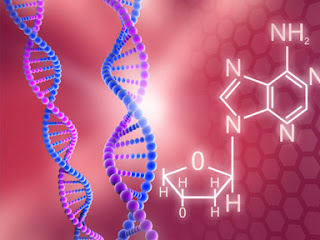 So back in December I decided to dive into the world of DNA testing. For my first test I decided on finding out my DNA mix through the DNA testing company African Ancestry. At a later point in time when I could afford it, I would test my individual maternal and paternal DNA. My best friend told me about the sale African Ancestry was running on their admixture testing and that she herself had already done it and was awaiting her results. For those of you who may not know, the admixture test will give you a percentage breakdown of what your ancestral make-up is, by breaking it down into the following categories: African, European, Native American, East Asian and Indian ancestry. I thought this would be a good test to start with because I wanted to prove or disprove family oral history. Both of my mother's parents were supposed to have some portion of Native American ancestry, specifically through my Mitchell and Harrison family lines. Now I am sure that some of you out there have seen the Henry Louis Gates Jr. series African American Lives 2. At one point in the series he discusses how so many African Americans believe they have some portion of  Native American blood somewhere along their family trees. In Wikipedia, I found under the header of "Black Indians in the United States", a section where they quote the point Dr. Gates made in the African American Lives 2 series.

"Here are the facts:  Only 5 percent of all black Americans have at least 12.5 percent Native American ancestry, the equivalent of at least one great-grandparent. Those "high cheek bones' and straight black hair' your relatives brag about at every family reunion and holiday meal since you were 2 years old? Where did they come from? To paraphrase a well-known French saying, "Seek the white man."

So am I one of the 5 percent? For the longest time that has been my belief however, the odds are I am not. It's not like we are talking about me winning the lottery or something here. I am merely interested in knowing the truth about my ancestors. Part of me hopes it is true though because I have always felt a connection to the land and nature and  have always identified this in my mind as being due to what I believe is my Native American ancestry. Plus, who wants to really prove their family wrong. I was brought up to believe what your elders told you. They said we were part Native American, that meant we were part Native American...End of discussion!

Last week, I called African Ancestry to verify that they had received my DNA test kit and to see if they might know when I might have my result. (In the DNA test kit, they did say it would take about six weeks to receive your results and for this test they are sent via email.) Of course, I knew it hadn't been quite six weeks yet but, I was hoping that the representative on the phone would tell me my results were in. Not! Oh well, it was worth a shot. She was extremely pleasant to talk to and did let me know that my results would be due sometime after February 3rd.  So here it is the February 2nd, on the eve of the premiere of the new season of "Who Do You Think You Are?" and I can't help but wonder what will be the answer to that question for myself after I receive the DNA results?