February 10, 2012
If you missed yesterday's post, you will want to read that one first. Here's the link to it. Thankful Thursday: Thank Goodness I Began My Blog --Part one 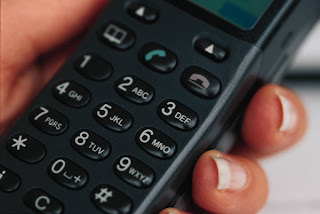 So the next day rolls around. I am nervous to make this phone call to Ireland.  What am I about to find out? I finally pick up the phone and dial. The phone rings and this lovely lady with the beautiful accent answers the phone. Her name is Sheila. She lets me know that what she is about to tell me may come as a bit of a shock but a good shock. She lets me know she will have to explain things a bit before the story becomes clear. I don't remember exactly how the conversation unraveled but she said this information was about a man who was a brother to my grandfather Lemuel Harrison. She explains. She tells me the story about how a man named Rudolph Henry Harrison served in the U.S. Airforce over at Fairford Airforce Base in England in the early 1950's. He was an African American gentleman who met a lady while he was stationed there. She became pregnant and subsequently he married her. The child was born in 1952. Rudolph unfortunately abandoned his family and returned to the U.S. The mother of this child later remarried and the child was adopted by her new husband and raised by them in England.  From the information she had, she knew the name of Rudolph Henry Harrison's parents were John T. Harrison and Carrie Harrison and that they were from New Bern, NC. She said John T. Harrison was a tailor and I verify yes. She tells me that this child was named after his father and he goes by the name "Rudi" and that she is his wife. "Rudi" had been looking for years for information regarding his father but hadn't come across anything until she found my blog. I gasp to myself. I am thinking this is all too surreal. She says that her husband is sitting next to her and asks if I would like to speak with him. I say yes, of course. Then something happens that was just absolutely amazing. I hear his voice and I know. He is my cousin. You see on my Harrison line, all the males have a similar deep voice quality that as soon as you hear them, you know that they are a Harrison. The man spoke like three words and I knew immediately he was kin. English accent and all, but I knew.