Okay, I first have to address the elephant in the room. Yes, today is Tuesday. Yes, the header for this post says Amanuensis Monday. (Insert sound of crickets. Pause.) Okay, I do know what day it is so please there should be no cause for concern. I started this post with all the good intentions of finishing it on Monday night. Ha! My brain wasn't haven't it. Had to take a break. Besides, I needed to spend some quality time with the hubby before bed time. So yes we are having Amanuensis Monday on Tuesday today. I will try not to make a habit of this. :)

Now, before diving back into transcribing my 3rd great grand uncle's Civil War Pension file, I thought I would finish up talking about the other witness who vouched for Irvin Ellison's identity. I believe that witness was a Wright Hammond of Richland, Beaufort, NC. How would he have come to know Irvin? According to the pension file, it said that Wright had only known of Irvin for a period of 10 years.  I have to consider 10 years to be an approximation since people were not as aware of the passage of time during those days. Maybe they knew each other longer. I decided to check the 1880 census first and then went from there.

On the 1880 census, Wright's shown married to a woman named Harriet and there were two children in the household, a Rose and an Alice Hammond. Wright's occupation was listed as farmer and he's residing in Richland, Beaufort. I have included a map here so you can get a sense of the proximity of Richland to the city of Washington. 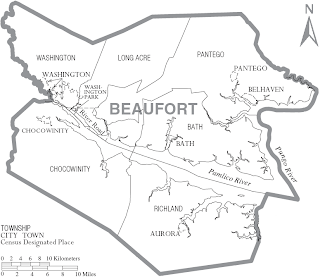 It appears that Wright had moved to Washington, NC sometime between 1880 and 1890, because he listed his residence on the pension file as such. Perhaps he moved shortly after the census was taken and took up working on a farm near the city. Maybe the very same farm that Irvin worked at. Who knows?

A move occurred sometime between 1890 and 1900 because the next time we find Wright on the census he's residing in New Bern, NC. He's still with his wife Harriett. Why the move? Was he ailing? Perhaps to be under the watchful eye of his daughter with whom he resided with. He was working as a farm laborer at this time.

The last census I could trace Mr. Hammond to was the one for 1920 and he was still residing in New Bern. His last occupation would be that of a wood sawyer. I think the change in occupation was due to work opportunities.  I've included a passage from Wikipedia about New Bern's lumber industry at the turn of the century.

By 1890 New Bern had become the largest lumber center in North Carolina and one of the largest in all of the South. During this time, as many as 16 lumber mills were running and employing hundreds of men from New Bern and the area. The competitive nature of the lumber barons, the abundance of lumber and craftsmen, led to the construction in New Bern of some of the finest homes in the South, many of which have survived. The lumber boom lasted until the 1920s.


I was able to locate Wright Hammond's grave on the Find A Grave website. 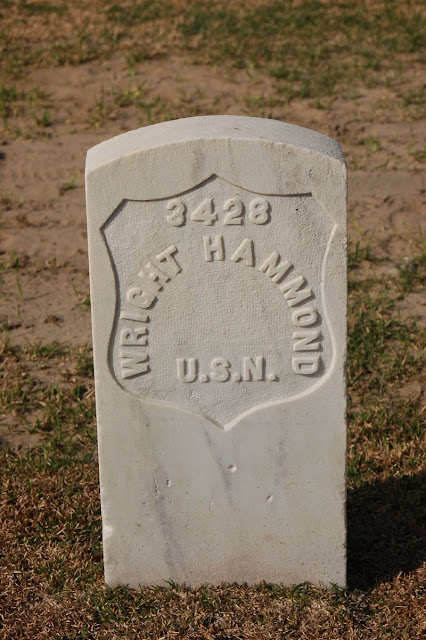 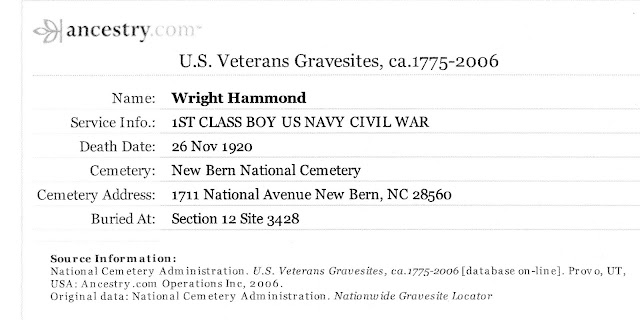 Like my 3rd great granduncle, he served in the Civil War and received a pension for his service.
Wright Hammond's pension was from the Navy. Perhaps if I get some spare change in the future, I will take a leap of faith and purchase Wright's file. If that happens, it's for certain I will write about it.

At last, on to the transcribing. LOL! This portion of the pension file highlights a Surgeon's Certificate for an examination dated April 8th, 1891. 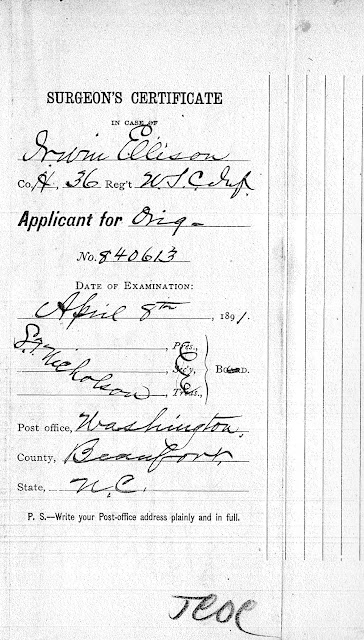 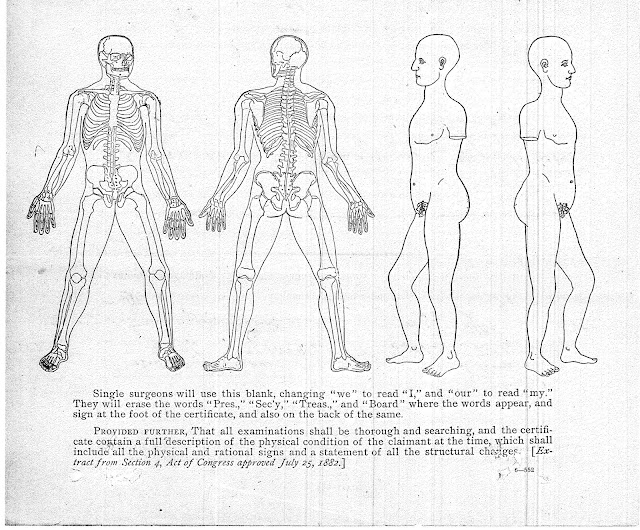 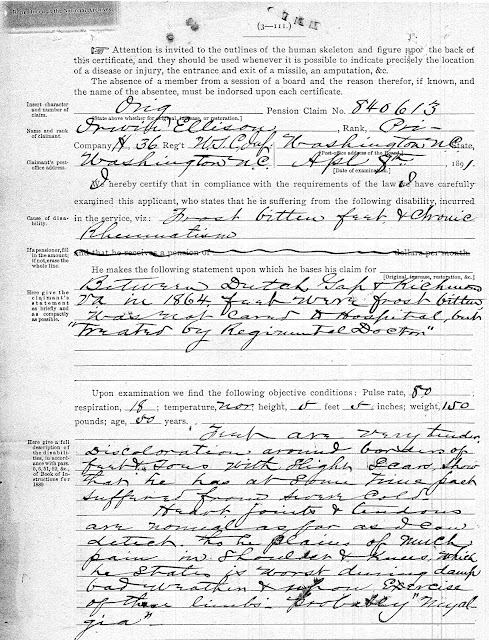 I hereby certify that in compliance with the requirements of the law I have carefully examined this applicant, who states he is suffering from the following disability, incurred in service, viz:  Frost bitten feet & chronic rheumatism.

He makes the following statement upon which  he bases his claim for Between Dutch Gap and Richmond, VA in 1864, feet were frost bitten, was not carried to hospital, but "treated by Regimental Doctor"

Upon examination we find the following objective conditions:  Pulse rate, 80, respiration, 18; temperature, no; height, 5 feet 5 inches; weight, 150 pounds; age, 50 years. ________________
Feet are very tender, discoloration around borders of feet & toes with slight scars. Show that he has at some time past suffered from severe cold.
Heart joints and tendons are normal as far as I can detect. Tho he plains of much pain in shoulder & knees which he states is worst during damp bad weather & whom exercise of these limbs probably "myalgia"


N. B. --Always forward a certificate of examination whether a disability is found to exist or not.