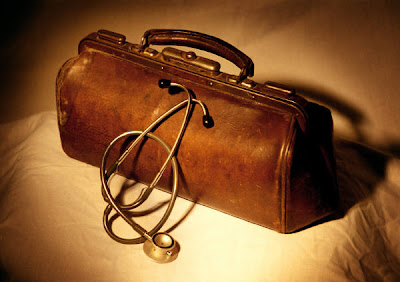 
Here are the links to the first parts of this series:


We left off with Irvin Ellison being miraculously cured of all ailments he incurred while serving in Co. H. of the 36th regiment of the United States Colored Troops.  It's a miracle, he's all better. In fact, he was never ill to begin with. That's the lie Dr. J. H. Baker portrayed of my 3rd great grand uncle.  Irvin was trying to apply for an increase in his pension. The doctor probably thought how dare this uppity negro. He saw Irvin as nothing and that's what he would get...nothing. Not a dime. Oooh...if only I could go back in time and lay a smackdown on somebody!

This page documents the period of time that Irvin Ellison went without a pension. 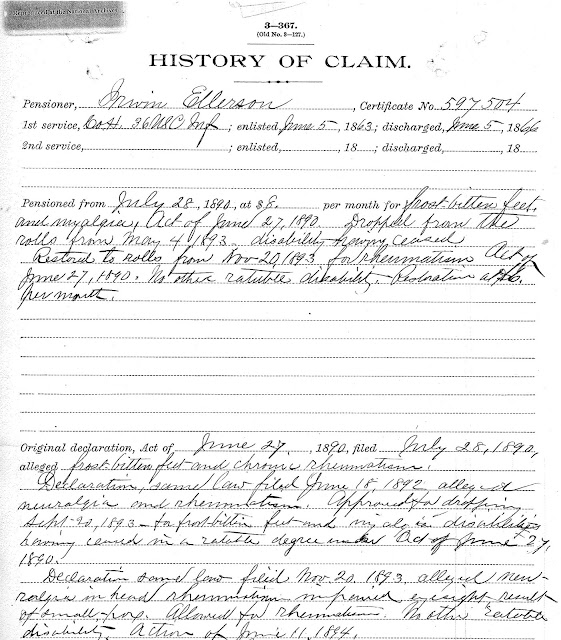 Here's the Physicians Affidavit that allowed for the reinstatement of his pension but at the decreased rate of $6 per month. 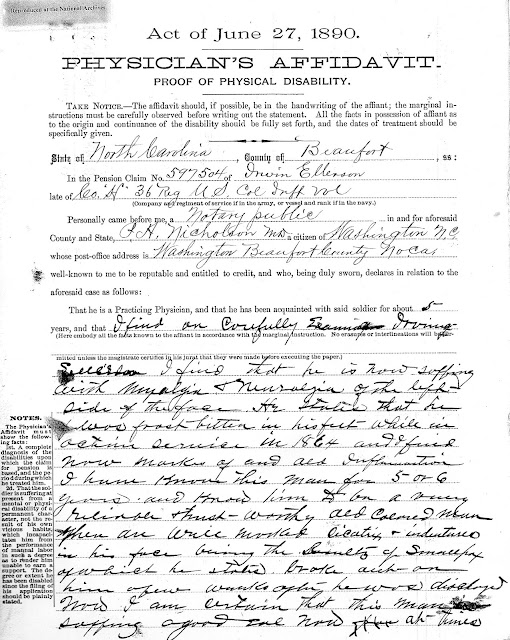 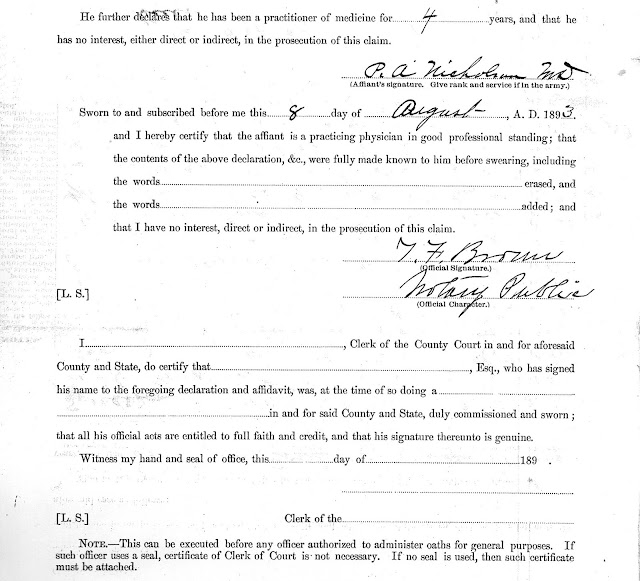 State of North Carolina, County of Beaufort, ss:
In Pension Claim No. 597504 of Irvin Ellerson late of Co. H 36 Reg U.S. Col Inff Vol
Personally came before me a Notary public in and for aforesaid County and State, P. A. Nicholson MD a citizen of Washington N.C. whose post-office address is Washington, Beaufort County, No.Ca. well-known to me to be reputable and entitled to credit, and who, being duly sworn, declares in relation to the aforesaid case as follows:
That he is a Practicing Physician, and that he has been acquainted with said soldier for about 5 years and that I find on carefully examining Irving Ellerson I find that he is now suffering with myalgia & neuralgia of the left side of the face. He states that he was frost bitten in his feet while in active service in 1864 and I find now marks of and old inflammation I have known this man for 5 or 6 years and know him to be a very reliable & trustworthy old colored man there are well marked cicatriss and indentures in his face being the results of small pox of which he states broke out on him a few weeks after he was discharged Now I am certain this man is suffering a good deal now at times from the effects of the frost bite his Heels are now very tender & and he states at times that it is almost impossible for him to get along. I think his disability is almost 5/8th and are not the results of viscious habits so far as I am able of ascertaining
He further declares that he has been a practitioner of medicine for 4 years, and that he has no interest, either direct or indirect, in the prosecution of this claim.

Sworn to and subscribed before me this 8 day of August, A.D. 1893.
and I hereby certify that the affiant is a practicing physician in good professional standing; that the contents of the above declaration , &c, were fully made known to him before swearing, including the words                      erased, and the words________added; and that I have no interest, direct or indirect, in the prosecution of this claim.

I noticed after transcribing this last page, that doctor P. A. Nicholson and the doctor who examined my ancestor for his original application for a pension, S. T. Nicholson, shared the same last name. Were they related? It turns out, they were brothers. Perhaps a bit of compassion ran in the family. In any event, $6 per month was not a large sum of money. I wish "the good doctor" would have seen it fit to award Irvin more.