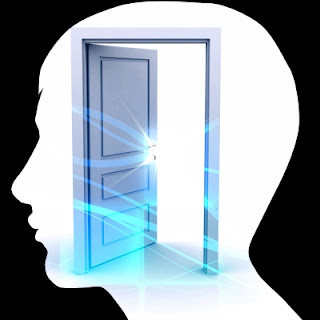 Let's just say his results were a bit more homogeneous. My husband's mother was of English and Irish descent while his father's family was just Irish. I thought perhaps that there was something in there that he didn't know about. Perhaps just a little something, something?

Here are his results: 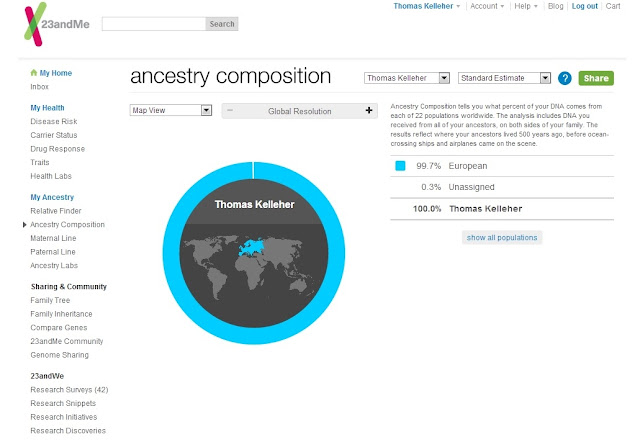 That's right folk, I am married to the whitest man in America! Okay maybe not the whitest. I think that title went to Stephen Colbert when he was featured on Henry Louis Gates Jr.'s Faces of America series. If you missed Stephen Colbert's DNA reveal, here's a link to an episode of him on his own show The Colbert Report with Gates as his guest. I think my husband may be able to give Stephen a run for his money. Ha!

Taking a closer look at his European roots, 23andMe was able to provide a little more detail about his genetic make-up. 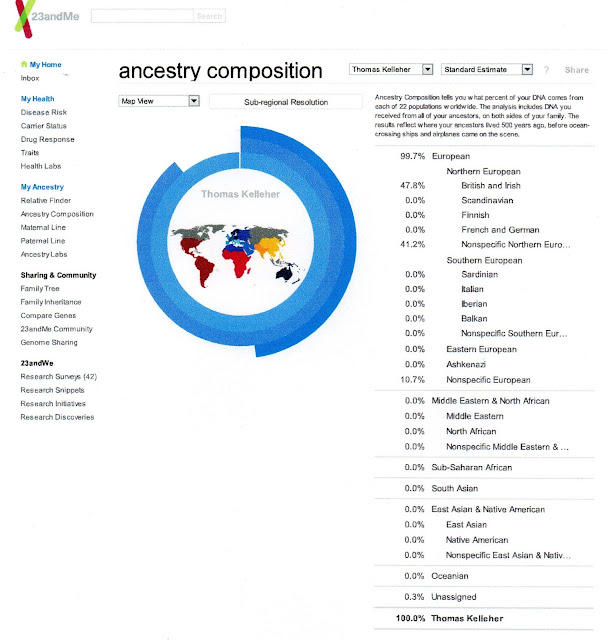 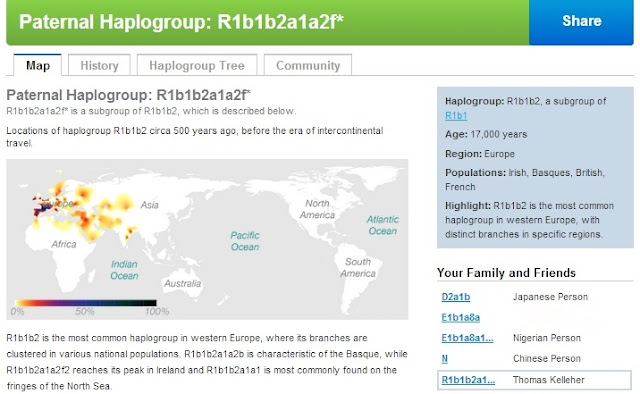 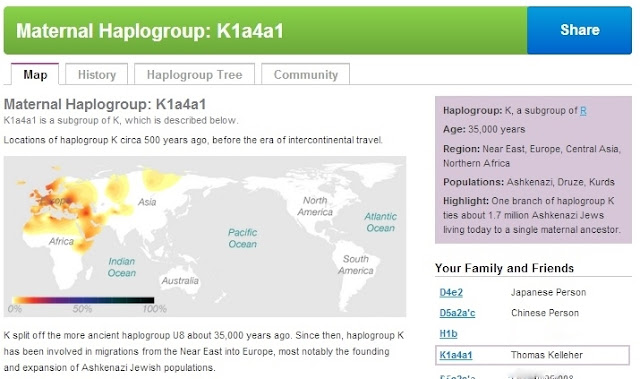 So far on my husband's Relative Finder he has 989 potential cousins. I guess we better get to emailing people.