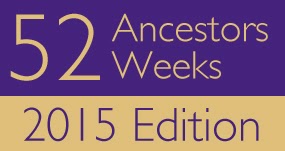 I am so glad that Amy Johnson Crow of the blog No Story Too Small is back hosting the 52 Ancestors in 52 Weeks Blog Prompt series in 2015. I had all good intentions in 2014 in keeping up with the series week after week however, I started off late and then quickly fell further behind with each week. Finally I fell off in October 2014 with writing posts for the series. Oh well, better to have written some then none at all. Life has a way of getting in the way of my writing at times, but I am feeling optimistic that I have the drive this year to stick with the series to the end.  I like the idea of optional weekly themes too. It changes things up a bit. On weeks I have more time to write, I'll try to utilize the theme. This week I am under a bit of time crunch so this post is going to be a shorter one. Again, better to post something rather than nothing.

I found this picture on-line of a cousin of mine who died before I had the chance to really know her. I was 3 1/2 years old when she passed away all too soon. I believe I had met her but because I was so little I really had no memory of what she looked like. 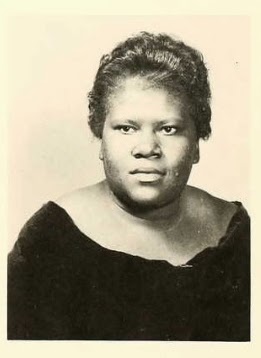 Gloria Beth Gwyn Davis was my 1st cousin 1x removed. She was born on May 29, 1941 in Carteret County, NC to Loris Melba Bryant Gwyn and Luther Lee Gwyn. Gloria's mother, Loris, was my maternal grandmother's older sister. Gloria's younger sister, Melba Gwyn McCarther was my godmother. So now you know how she fits in the family picture.

Once I saw the yearbook picture, I knew instantly I had the right Gloria. Here's a picture of Gloria's sister, Melba McCarther Gwyn, in her youth. I love looking at the faces in old photographs and when you can see shared family characteristics. 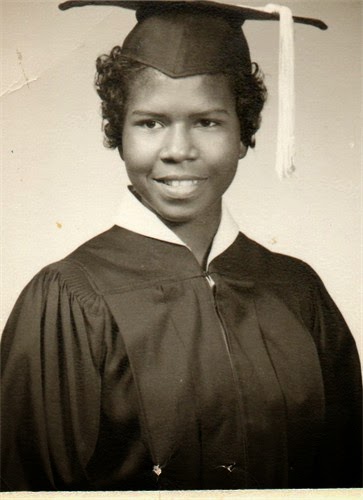