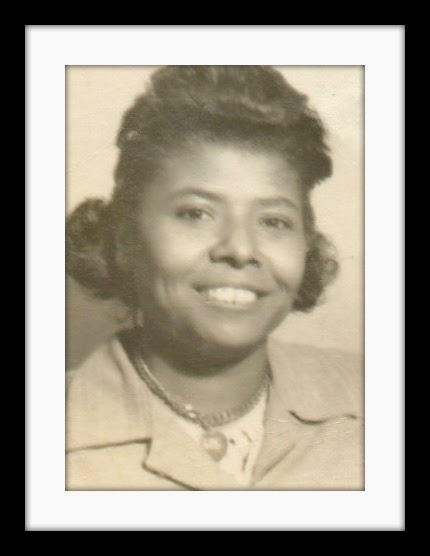 Week 3, Tough woman — Who is a tough, strong woman in your family tree? Or what woman has been tough to research?

I have already fallen behind on the 52 Ancestors series. Yikes! Well time to play catch up, so here goes #3 Loris Melba Bryant Gwyn Helton.

My grand aunt Loris was one tough lady. At least I think so. She was born on January 2, 1918 in Morehead City, NC to Frank and Ophelia Bryant. She was the oldest daughter in the family and helped out her younger sisters when they needed it most.

My maternal great grandmother Ophelia Bryant would succumb to cancer on February 20, 1939. This was a tremendous loss to the family. My grandmother Mary had already completed high school in Morehead City and gone on to Fayetteville State Teachers College. My great grandfather Frank spoke of splitting up the two youngest children, Rosa and Eloise, to live with other relatives. My aunt Loris would have no part of it. She was already married and living on her own. She with the assistance of her husband, Luther Lee Gwyn, were able to send Rosa and Eloise to boarding school in Laurinburg, NC. Those girls had just lost their mother, Loris made sure that Rosa and Eloise didn't lose each other too.

Loris became a school teacher.  Once she and her husband settled back in his hometown of Mt Airy, NC, she taught at Jones High School. Here's a link to a post I did not too long ago about something I found on her using Google:  Not So Wordless Wednesday: Another Great Google Find! If you go to the link you can see a picture of Loris from her teaching days. She was a member of the Surry County Winston-Salem Teachers Alumni club, an organization that helped to fund scholarships for young people to go to college.

She raised two daughters with her husband Luther, Gloria Gwyn Davis and Melba Loris Gwyn McCarther. My aunt Loris was definitely a survivor. I say that because she was able to go on after the deaths of Luther in 1963 and her eldest daughter, Gloria in 1976.

She found love again later in life. She married John Thomas Helton on July 30, 1977. She remained married to him until her death on December 14, 1987.