June 07, 2011
So if you read my last post, you saw the obituary for Harkless Wooten my grandmother's first cousin. According to my mother, Harkless was known throughout the state for his talent of being an excellent cook. He also, provided something that was so necessary in the South during the 1950's through 1970's. A place to stay for the black traveler. Here's something I found online regarding the Edgewater Hotel, the establishment he and his wife Clifford Mcghee Wooten built in Morehead City. This paragraph was part of a National Historical Register Report for the Meadowbrook Country Club written by Sybil Argintar.

Morehead City, North Carolina was the location of the Edgewater Hotel, built in 1950 in the northwest section of town known as "Colored Town". This hotel, like the few others scattered throughout the coast, served the black traveler in the mid-twentieth century who was not welcome at the white hotels.  In the first part of the twentieth century, the black population of Morehead City was only about one-sixth of the total population.  Most individuals were employed in the fishing industries or as employees of the white resort hotels as porters, cooks, maids and laundresses.  The black population was boosted in the summer months when white visitors to the resort community brought their maids and butlers with them, none of whom were able to attend any of the local white venues.  There was a definite need for a recreational venue for the black community, and the Edgewater Hotel, built by Harkless Wooten, a local black man, filled the void remaining in operation until 1979.  In contrast to the grand resort hotels of the white community that had been built into the early years of the twentieth century, the Edgewater Hotel was located in a simple frame building with a kitchen, dining room, lounge, pool hall, patio, and pier.  Charter fishing boats took visitors on excursions nearby.  Entertainers who performed there included Joe Lewis and Sam Cooke.

Amazing! A trailblazer in my family. Thank you Mr. Harkless Wooten.

Another interesting note I would like to bring up. I posted this image in one of my earlier posts but now I can show you where the Edgewater Hotel is. 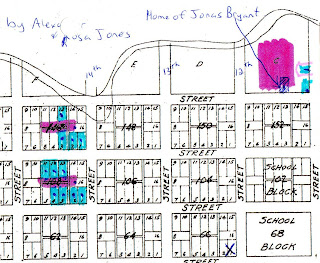 The Edgewater is the area highlighted in pink in square C. Looks like this neighborhood continues to get more and more interesting. 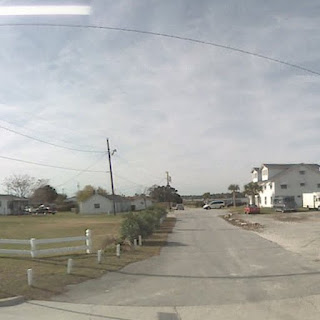