So who was Sylvia Bryant? Harkless Wooten to the rescue.


As you may have already guessed, Sylvia was my great grandfather Frank's second wife. Frank was a handsome man and within a few years of Ophelia passing he remarried. My mother remembers her grandma Sylvia as being "interesting." One visit down to Morehead City in particular sticks out in her memory. She recalled that her grandparents were given advance notice of their arrival however, they apparently didn't stock up any provisions for their guests. One morning my mother was presented a half of a scrambled egg for breakfast and this was supposed to satisfy her appetite until lunch. My mother fondly recalls that one of the great cooks of the family coming to the rescue, her cousin Harkless Wooten. My grandmother Mary and my mother went to visit him afterwards and he asked, "Did she try to give you half an egg for breakfast?" After telling him that yes that was the case, he shook his head and said, "She is trying to starve my kin. C'mon." With that he kindly whipped up one of the tastiest breakfasts my mother ever had complete with homemade biscuits. 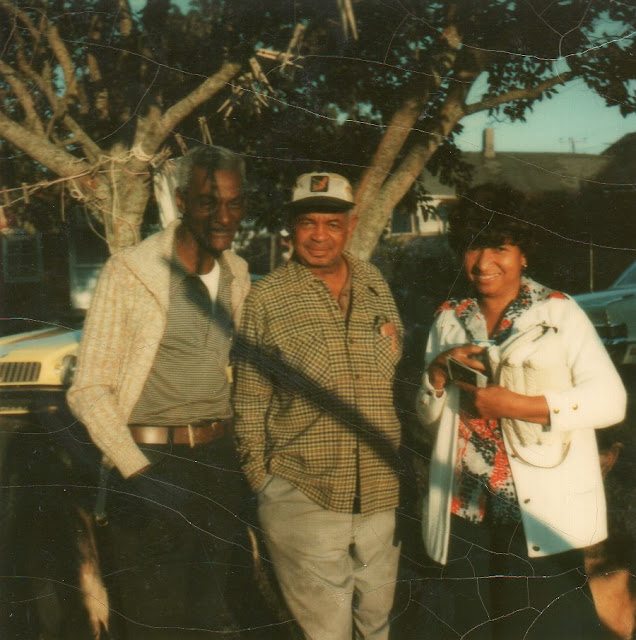 Harkless Wooten (Jan. 5, 1915--Sep. 9, 1979) was the son of Ophelia's sister Mary Jones Wooten and Allen Carney Wooten. Harkless was what you would call a self-made man. Here's a copy of his obituary from the Carteret County News Times from Sep. 13, 1979. 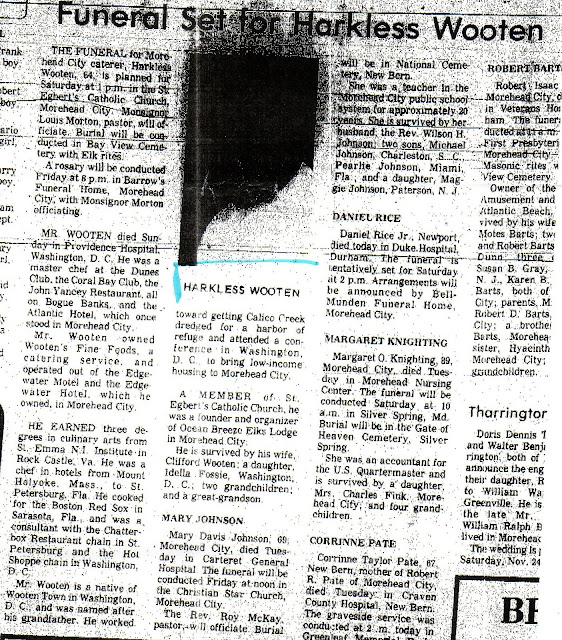 Anyway, that's all for now. I am babysitting my best friend's son. So glad he gets along well with my kids. It also, gives me a sense of what the noise level would be in the house if I should entertain the idea of a third child. I think for now I will stick with two. I can always babysit, right? :)
Bryant family Jones family Wooten