Keeping up with the Joneses

The other children of Cesar and Mary were:

Here is a screen shot of the 1880 census showing the family:  Alexander is referred to as A H Jones on the record with Rosa listed as Rosetta.

From this record I found out the family came from Onslow County, NC and probably transplanted to Morehead City after the Civil War. 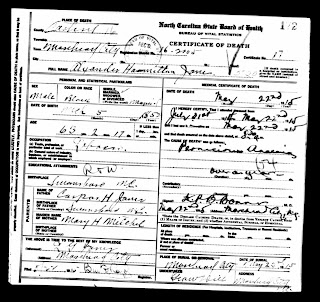 Alexander Jones's occupation was listed as laborer on his death certificate and also I learned a bit more about where he and his parents were born. It shows Swansboro, Onlsow, NC. Okay a bit of humor now, my children are trying to destroy me. LOL. They are in the background playing Wii tennis saying every 5 seconds Mom, Mom, Mom...check this out. Look at my score....AHHHHHH! Okay, back to genealogy. Anyway, I wish I had a picture to share with you to show what he looked like but unfortunately there isn't one to be found at this time. I say at this time, since we all know with genealogy, something can pop up at anytime and usually when you least expect it.

Alexander and Rosa Jones together purchased several properties together. The people at the Carteret County Register Deeds have always been very helpful when I have made requests for deed information. Thanks to them I have copies of my 2nd great grandparents deeds. 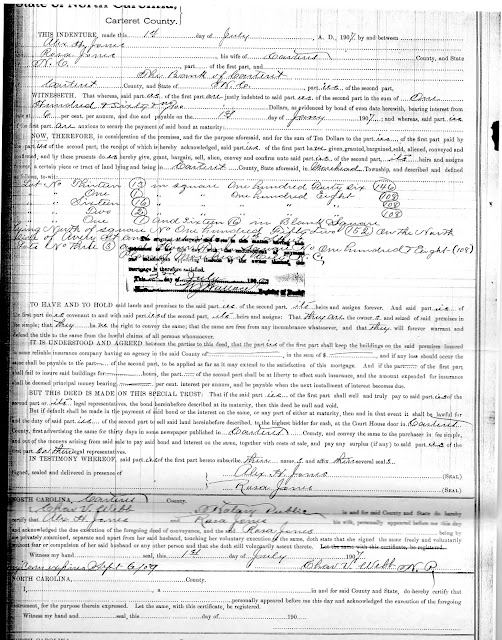 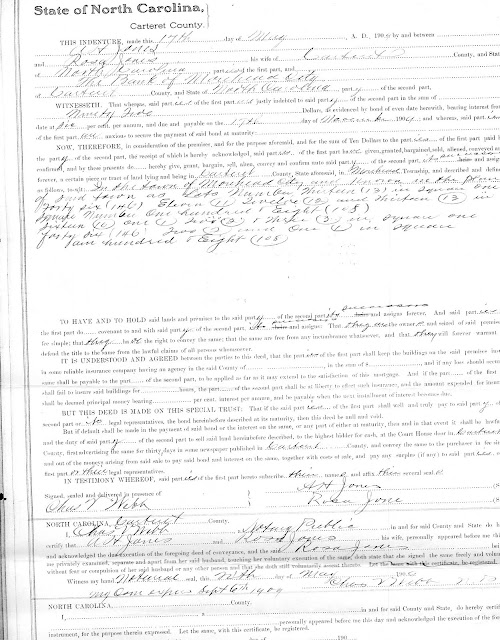 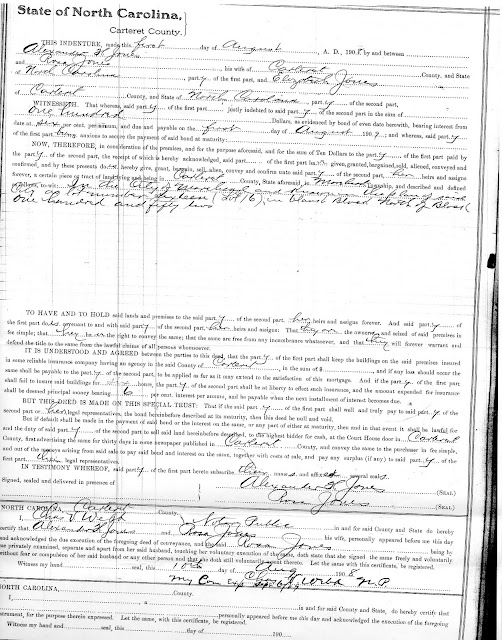 Okay I am being challenged to a few rounds of Wii tennis. Got to make like Venus Williams now. Ha. Somehow I know I will be sore after this.
Jones family